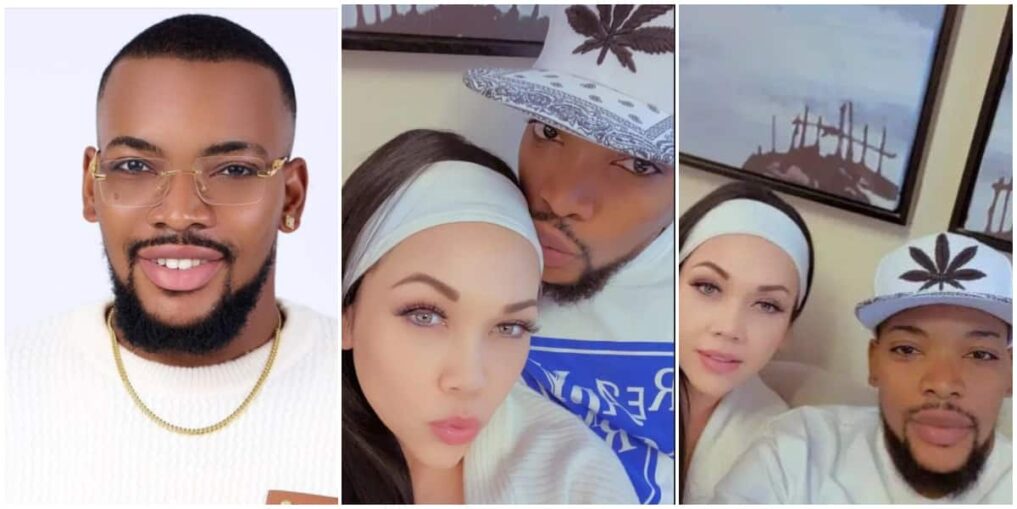 Angel wife of BBnaija ‘Level Up’ housemate, Kess has broken silence on the death of their son.

Clarifying the whole rumor surrounding the loss of their son as some say she lost him to miscarriage.

According to the video which she released via her husband’s page on Instagram, she stated that their baby died in her arms.

Describing the loss as traumatic, she stated that it isn’t an easy thing to go through.

However, she trusts in God and believes that there is a reason for everything, and as such, their child’s death was meant to be.

Angel also seized the opportunity to affirm her love for him and endorse her full support for him.

She confidently stated that her husband would win the money.

Read Also: Jennifer Lopez and Ben Affleck to have ‘their dream’ wedding this weekend

Revealing his plans for the money, she added that he would use it to build a house for his mother, take care of his family, and plan their future.

“Hi everybody, my name is Angel. I am Kess’s wife. I know that my husband will win the show; e no be joke. He will definitely help his mum build a home in Delta and his family as well as for our future. I love my husband is woto woto, our love strong pass storm.

Life isn’t easy for me; I support my husband with my full chest. You all know what happened to our child, and I will like to address that.

It is not very easy to talk about, but it is very traumatic. It is not a very easy thing to go through in life, no matter what life goes on, so we have to live in the best way we know how and trust God that there is a reason for everything. It was meant to be, and our child died in my arms”.

Glam Look Of The Day: Toke Makinwa Serves Beauty in a Stylish Dress