Tyler Perry was set to bid farewell to his renowned character Madea in 2019 with the release of “A Madea Family Funeral.” However, when the COVID-19 pandemic struck the next year, Perry understood that people needed some happiness in their lives.

“There is just so much going on in the country right now with all the social and civil unrest and I wanted to do this movie to make people laugh,” Perry told Variety. “We all just need some laughter and I can’t wait for audiences globally to discover Madea for the first time.”

On Tuesday, Perry attended the debut of “A Madea Homecoming,” the latest Madea film and the first to be released on Netflix, at L.A. Live in Los Angeles. Brendan O’Carroll, Brandon Black, Isha Blaaker, Jennifer Gibney, Candace Maxwell, Amani Atkinson, and Geneva Maccarone were among those who joined him.

“A Madea Homecoming” features a crossover between the Madea character and Mrs. Brown, Brendan O’Carroll’s character from the popular Irish sitcom “Mrs. Brown’s Boys.” At the premiere, O’Carroll said that the connection came about when Perry worked with Irish director Gerard Barrett on the 2016 film “Brain on Fire.” Barrett shared clips of “Mrs. Brown’s Boys” with Perry, who called up O’Carroll. The two instantly hit it off and discussed working together for years, but then Perry decided to retire the character.
“During the pandemic, he called me and he said, ‘You know what? People need to laugh,’” O’Carroll said.”‘We really need to get people back laughing. It’s been two years since this thing has been locking people up, keeping people apart, social distancing no hugs. And I’m a hugger, big time. But he said, ‘I’ve gone to Netflix and I’m going to take Madea out of retirement. What do you think?’ And I said, ‘I’m in.’”
The core cast of the “Madea” franchise are highly experienced in their roles, with many having played their respective parts for over 20 years. O’Carroll’s wife Gibney, who plays Mrs. Brown’s niece Cathy, said the ensemble of “Mrs. Brown’s Boys” has also been working together for decades, giving the two casts an immediate similarity.
“Day one, we walked on to set, and we were welcomed like family,” Gibney said. “I hope we give as good a welcome to anyone who comes to work for us.” 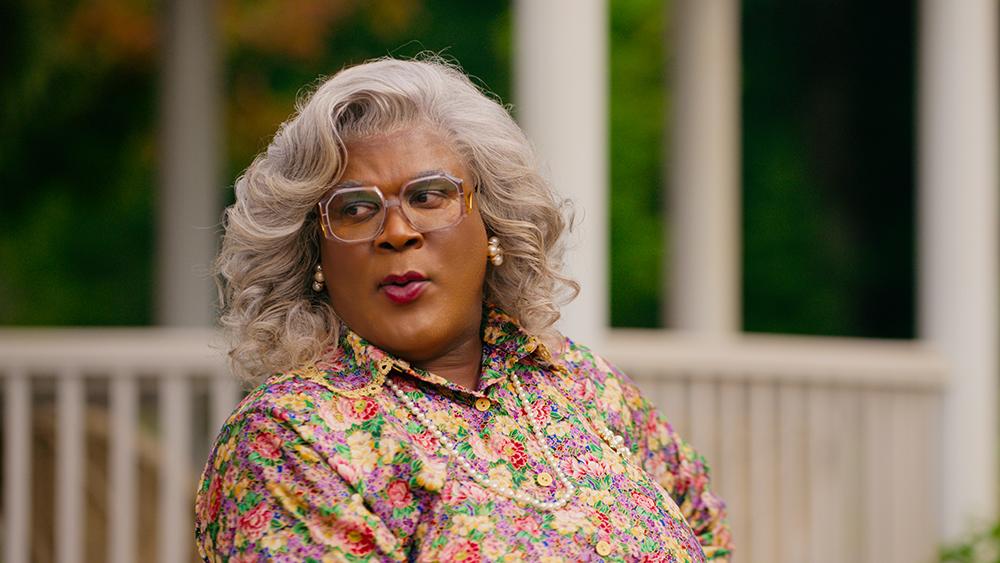 “A Madea Homecoming,” like other “Madea” flicks, addresses current topics in between bawdy comedy sequences. Tim, Madea’s great-grandson and recent college graduate, is the film’s first gay character in a Madea film. During the premiere, Brandon Black, who plays Tim, stated that he believes the character and his tale may provide representation for LGBT people navigating coming out to their family.

“They exist in families, they’re in everybody’s family and we haven’t seen it yet, so I’m so happy to be the one to show it to you,” Black said. “And with that, you’re going to see someone who’s opinionated, smart and secure with themself — he just needs to reveal this to his family. And I want people to realize, you don’t know how your family’s gonna react. So don’t hold back, you’ve gotta be yourself.”

With the release of “A Madea Homecoming” on Netflix, the future of the “Madea” franchise looks bright. During the premiere, O’Carroll stated that he wanted Mrs. Brown and Madea to go on a safari together in a new film. Perry, who has never visited Ireland, is receptive to the idea of “Madea Takes Ireland.” There may also be other opportunities for cross-pollination: Perry was just nominated for a SAG award for his role as a vacuous news announcer opposite Cate Blanchett in “Don’t Look Up.” Could she be the next “Madea” actor to star in a film?

“Madea would never share the screen with her,” Perry said. “Madea doesn’t like scene-stealers. But I would love to work with her again in something that’s worthy of her talent.”