In a recent interview with DJ Whoo Kid, the 50-year-old rap veteran discussed his near-exile from the United Kingdom. During the 1990s, while he was battling a murder prosecution for which he was eventually acquitted, Snoop said there were mounting calls to bar him from entering the UK.

Snoop claimed that UK locals were requesting that he be barred from entering the country due to several accusations stemming from the death shooting of rival gang member Philip Woldermariam. 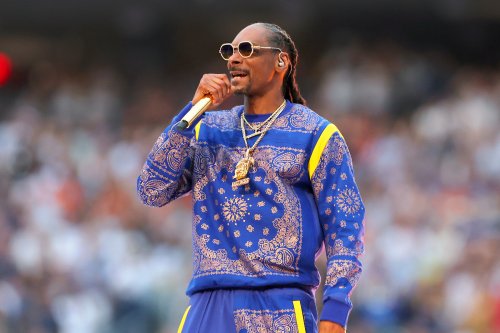 “This was while I was fighting a murder case, over there [UK] doing shows …” he continued. ““But guess who came to my defense? Just take a guess.”

“The queen, n***a. The queen said, ‘This man has done nothing in our country. He can come,’” he explained. “The queen, n***a, bow down. When the queen speak, bow down. That’s Harry and Williams’ grandmother, you dig? You think you think they weren’t there saying, ‘Grandma, please let him in, grandma. He’s OK. We love his music.’ ‘You know Harry, I’ll let him in for you. He’s not so bad after all and he’s quite cute.’ … The queen, that’s my gal.”

This isn’t the first time Snoop credited the queen for supporting his stay in the UK. In previous interviews, the West Coast legend said the British monarch expressed her support after Prince William and Prince Harry praised his music.

“When they tried to kick me out of England, the Queen made a comment that her grandbabies loved Snoop Doggy Dogg, and he had done no wrong in Britain, so she gave me permission to be in the country,” he claimed several years ago. “Those grandbabies grew up to be Prince William and Harry, so I had influence on them, and they had influence on their grandmother, which enabled me to get into this beautiful country. They love my music, and it is what it is. There’s a mutual love and respect.

You can hear Snoop’s full narrative in the YouTube video below:

Tyler Perry on ‘A Madea Homecoming’ and Bringing the Character Back