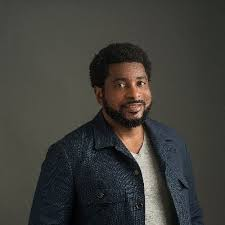 The lead pastor and founder of David Christian Church (DCC) Lagos, has caused a debate amongst netizens with his post.

In a recent post which he made, he pointed out that there is no place in the Bible that says marry who you love, rather love who you marry.

“Nowhere does the Bible say Marry Who You Love, it says Love Who You Marry.” He wrote.

However, his post has sparked a lot of reactions online. While some agreed with the clergyman, others, who concluded that the pastor meant that people should get married to anyone then grow their love, said it would increase broken marriages.

Reacting to the pastor’s post, a Facebook user wrote, “This is the reason marriages of these days end easily. How will u marry someone u don’t love and expecting to love him or her after marriage, is it not medicine after death. Marry who you love biko”.

Read Also: RHONJ: Joe Giudice Is Fighting To Return To The US

Another user wrote, “I think the bible is trying to remind us to always love who we married.. Cos for me I cant marry and love later”. 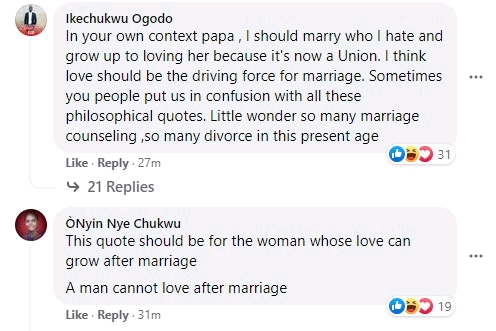 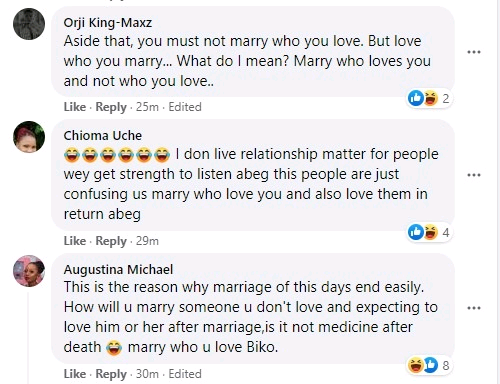 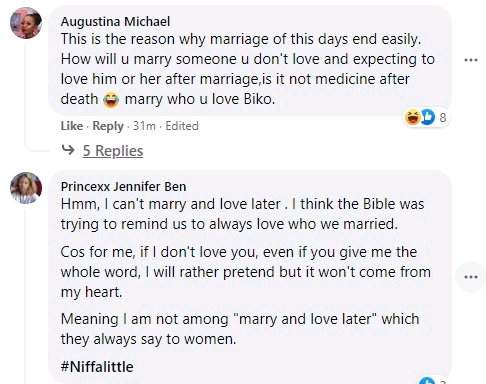 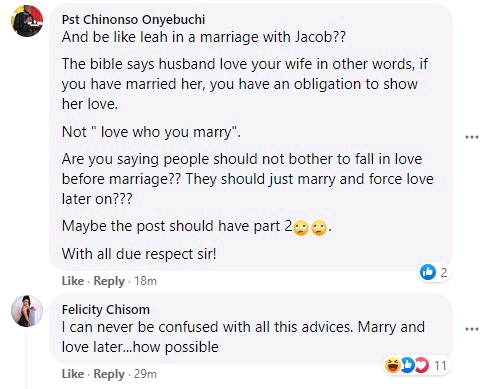 Everything You Need To Know About Bilikisu Abdullahi, The Charming Kannywood Actress

How To Politely Turn Down A Guy