Mr Nicholas Nwalozie Nneji is allegedly one of the baby daddies of self acclaimed sex and relationship therapist, Blessing Okoro, better known as Blessing CEO or Onyeze. 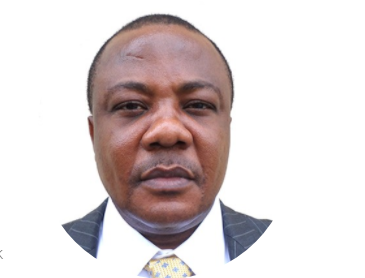 According to Gist Lovers, Mr Nicholas’ wife didn’t bare him any kids, so they adopted two. While dating Blessing, she fell pregnant for him and bore him a son.

Read Also: Davido and Chioma hint on being lovers again

Gist Lovers wrote, “The man is her second son baby daddy, a married man who took Blessing for one night stand and she fell pregnant. Although he denied the pregnancy, Blessing through the help of her mother made sure he accepted it. He has a beautiful wife and two adopted kids.” 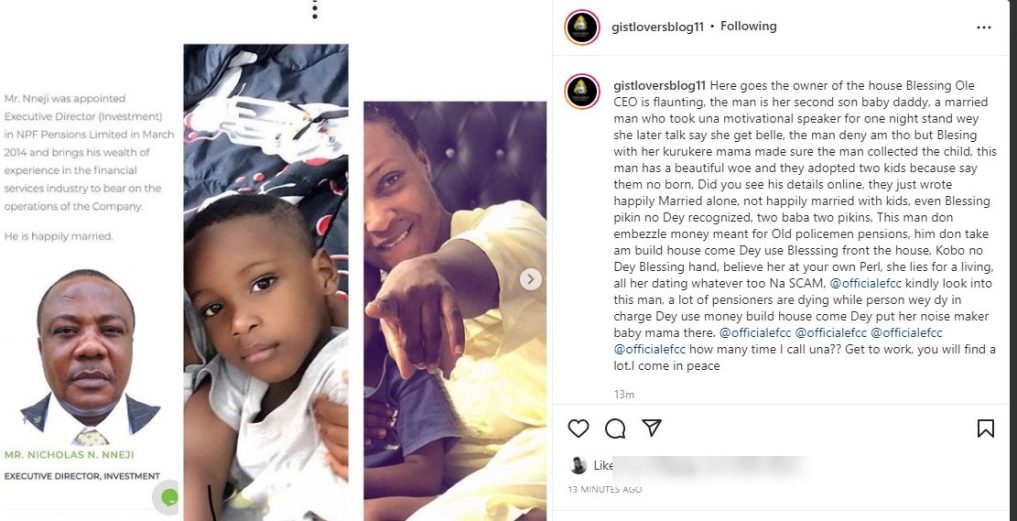 Following the gag worthy revelation, Glamsquad Magazine went digging, and her are things we found out about Nicholas N. Nneji;

Mr Nicholas is from Imo state and he is the current Nigeri Police Force Pensions boss.

Mr. Nicholas Nwalozie Nneji has worked as a commercial and investment banker for over a decade. After completing his high school education at Federal Government College in Lagos in 1983, he received a BSc. Degree in Accountancy from Abia State University in 1987. In 1990, he became a chartered accountant, and in 1997, he graduated from the University of Lagos with a master’s degree in business administration.

Mr. Nneji began his career in 1987 as a NYSC member at the Central Bank of Nigeria in Bauchi, and afterwards worked at Olatunde Ayoola & Co. From 1989 to 1990, I worked as an Audit Senior for Chartered Accountants. He worked as an Interbank Treasury Dealer for Afribank Nigeria Plc (Mainstreet Bank) from 1990 to 1992. Between 1992 and 2005, he worked at FBN(Merchant Bankers) Limited, a subsidiary of First Bank, in the Corporate Finance Division as a Foreign Exchange Dealer, Deputy Head-Treasury, Head Operations, Financial Controller, and Head Funds Management.

Mr. Nneji was appointed Executive Director (Investment) in NPF Pensions Limited in March 2014 and brings his wealth of experience in the financial services industry to bear on the operations of the Company.

Chic Corporate Outfit Ideas for you this week