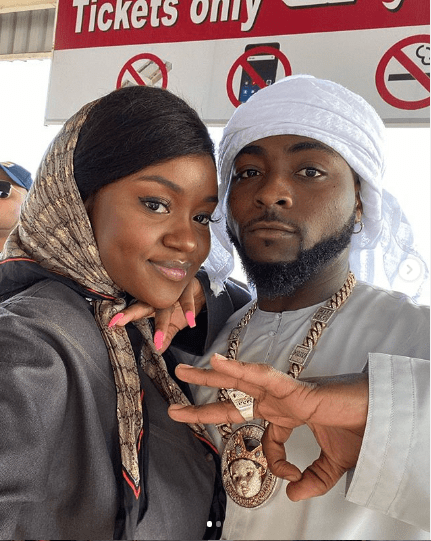 Popular Nigerian singer, David Adeleke, better known as Davido and one of his baby mamas, Chioma Avril Rowland, have hinted on being lovers again.

Glamsquad Magazine‘s eagle eyes noticed that the two loved birds are back to following each other on popular social media site, Instagram.

Read Also: How Chioma allegedly dumped Davido and moved out in October

Remember that the couple had unfollowed each other on the app a few months ago after reports of their separation (breakup) made the rounds online.

They are now back to following each other after their son’s birthday party and thanksgiving in church.

Trust us to get a screenshot for you all! See below: 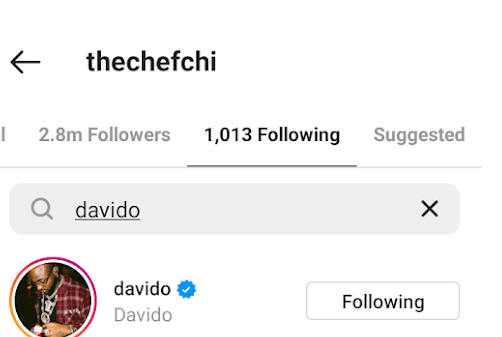 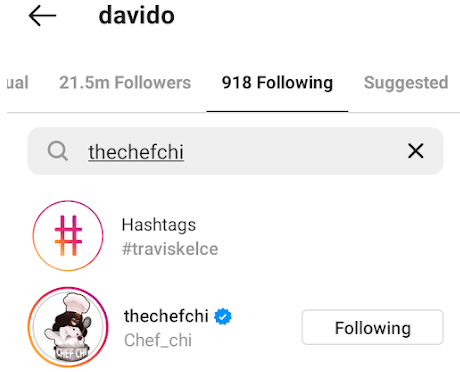 Glam Look Of The Day: Saskay Slays In A Lovely Two Piece Outfit