One of Nigeria’s biggest music label group; the Mavin records has announced the signing of female singer, Ayra Starr, and fans are excited to know more about the protégé.

Don Jazzy announced the signing by sharing a snippet of the video of Ayra’s debut on social media on Thursday.

“Last year I met the most incredible 18 year old girl, her name is @AyraStarr. Through her lyrics guided by her soulful voice I am able to see the world from a teenager’s point of view.

Ayra is not just an amazing artist, she is an all-round superstar. It’s been a fantastic experience working behind the scene for over a year and we at Mavin Global are super proud to present to the world today,” he wrote.

Last year I met the most incredible 18 year old girl, her name is @AyraStarr. It’s been a fantastic experience working behind the scene for over a year and we at Mavin are proud to present her to the world. Pls follow and join me to welcome to MAVIN @ayrastarr #MAVINACTIVATED pic.twitter.com/XL452fq2br

Ayra also shared a picture of herself and introduced her debut Ep Ayra Starr to her followers.

Ayra Starr was released on Friday and has five tracks in it.

“My debut EP ‘AYRA STARR’ is out now on all platforms,” she wrote. 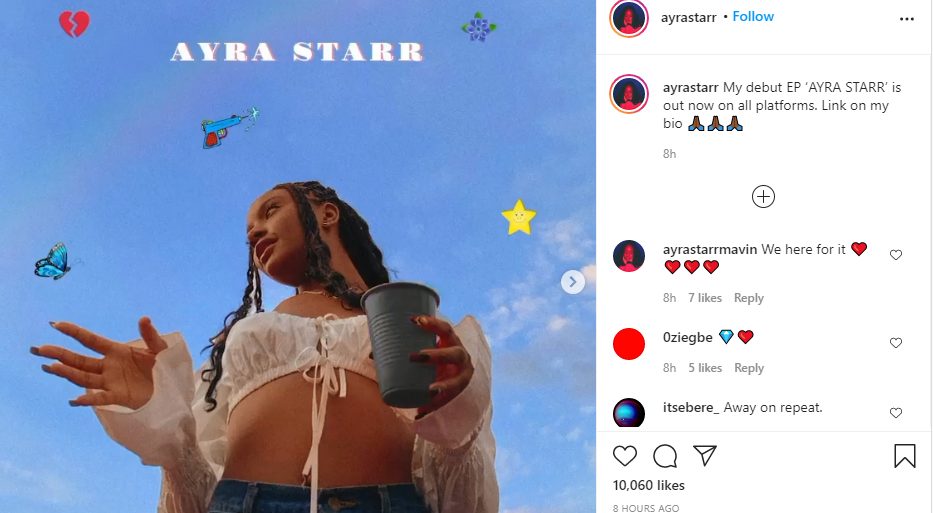 Ayra will be the third female the record label is signing following Tiwa Savage and Dija.

In similar development, Don Jazzy showered praises on his brother D’Prince while introducing a new artiste Rugar of the Jonzing World on Monday.

He said he has listened to his works and he’s one to look out for.

Jonzing World is a subsidiary of Mavin Records.