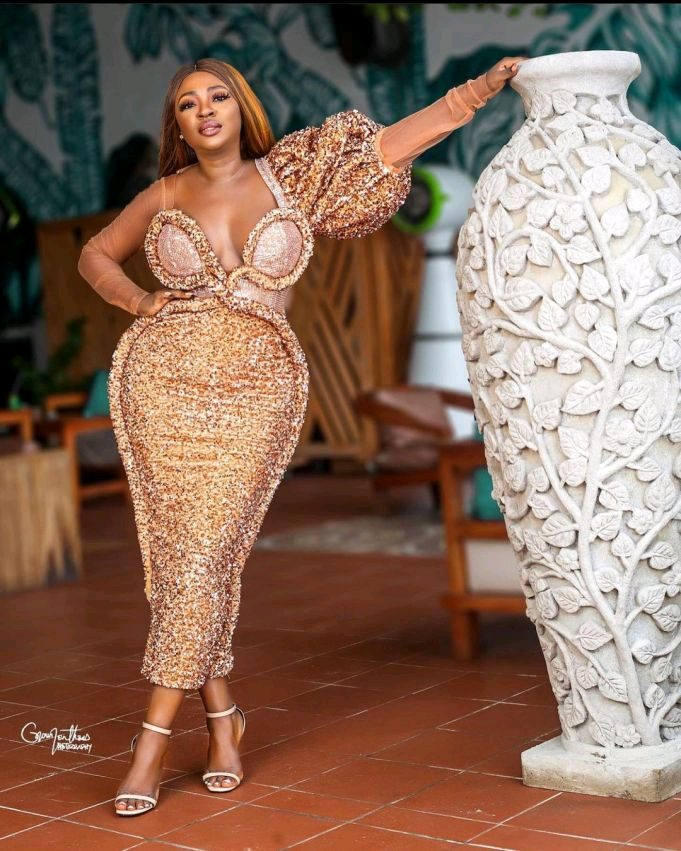 On Monday 8, November 2021, Nigerian popular actress, Yvonne jegede took to her Instagram page to make it known that she just bagged multiple awards for a movie she co-produced at the Toronto International Nollywood Film Festival, TINFF.

The mum-of-one who also posted it on her insta stories to show off the awards she won courtesy of her movie titled ‘Marrying A Campbell’ which is to be released in 2022. 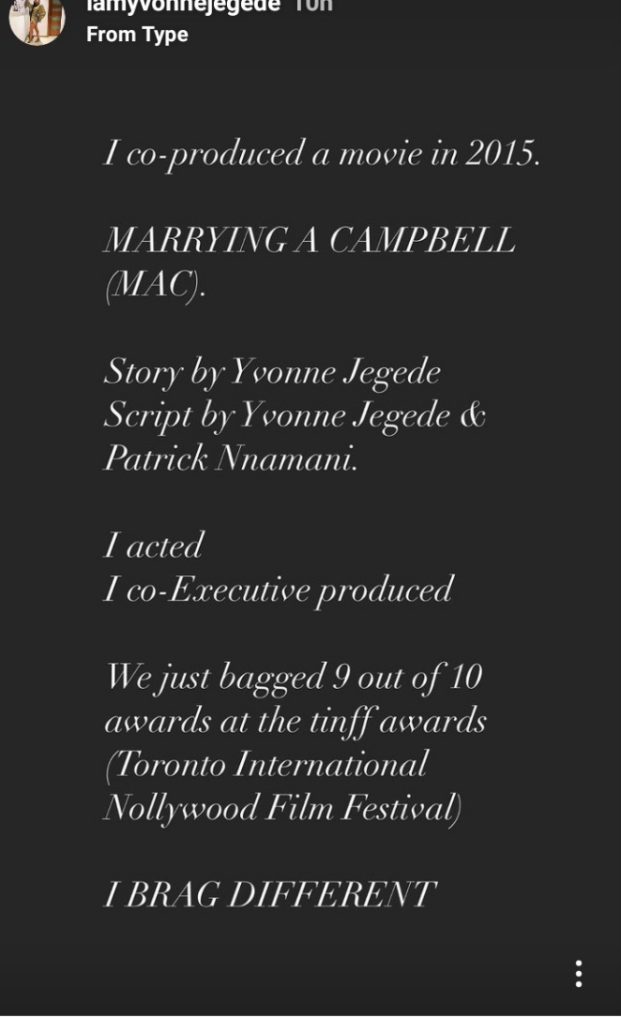 According to her, she and her team won 9 out of the 10 award categories the movie was nominated for.

Sharing a photo of the 9 awards, Yvonne Jegede wrote; 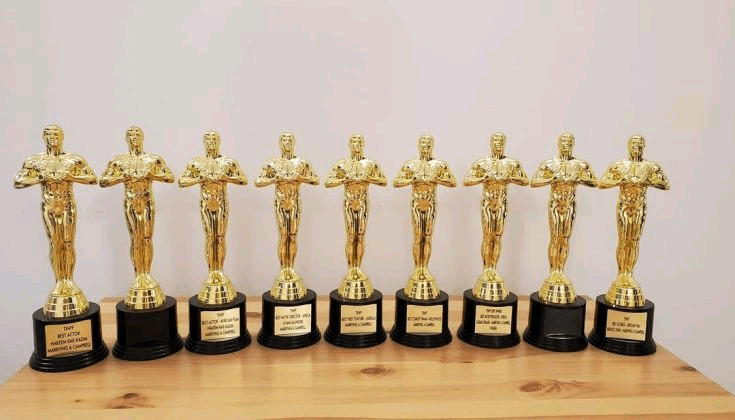 “I co-produced a movie Marrying A Campbell (MAC) to be released 2022
Story by Yvonne Jegede
Script by Yvonne Jegede, Patrick Nnamani and Jane Odogwu.
I acted
I co-Executive produced.
We just bagged 9 out of 10 awards at the Toronto International Nollywood Film Festival (TINFF 2021)

ALLOW ME TO BRAG because I BRAG DIFFERENT

How To Rock Your High Rise Pants And Crop Top

Come and Toast Me – Officially Single, Yvonne Jegede Calls On Men To Date Her

YVONNE JEGEDE IS PLUS 1

Yvonne Jegede Dazzles In New Photos As She Turns 36