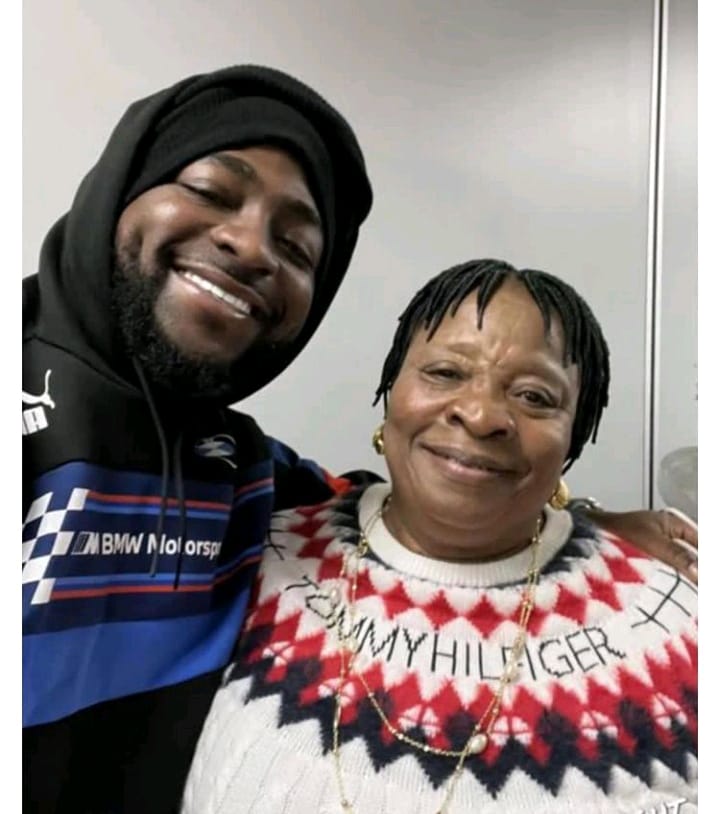 Singer Davido has melt the hearts of many as a photo of himself and Wizkid’s mom surfaced online.

Davido who met Wizkid’s mom in the airport took a picture with her he further revealed that he carried her bags.

He revealed that he helped her carry her bags at the airport as she is a first-class citizen. 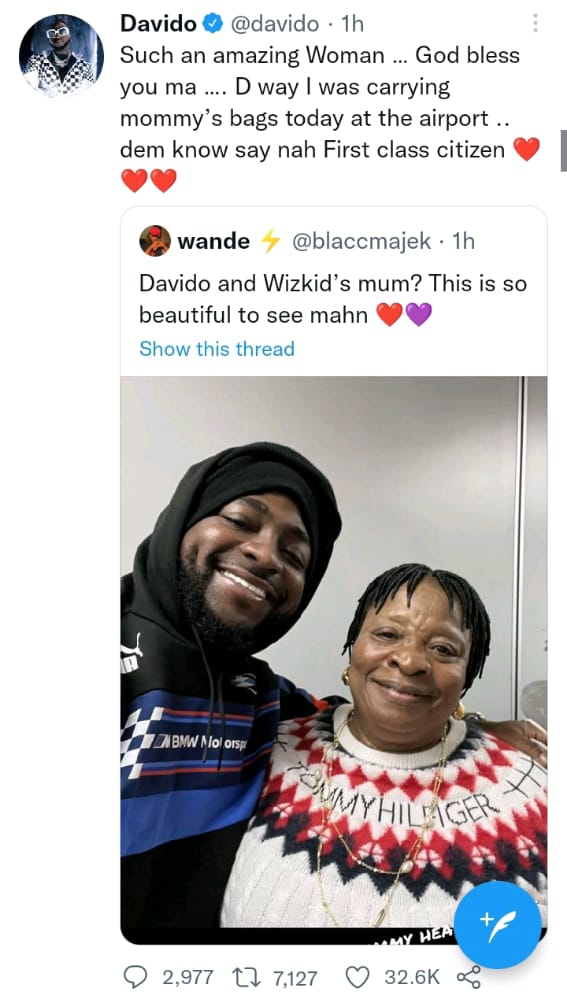 Recall that Wizkid and Davido had been in a long time beef which they resolved of recent when they performed on stage together.

In January, a video of Wizkid and Davido hugging after they met in a club in Lagos surfaced online.