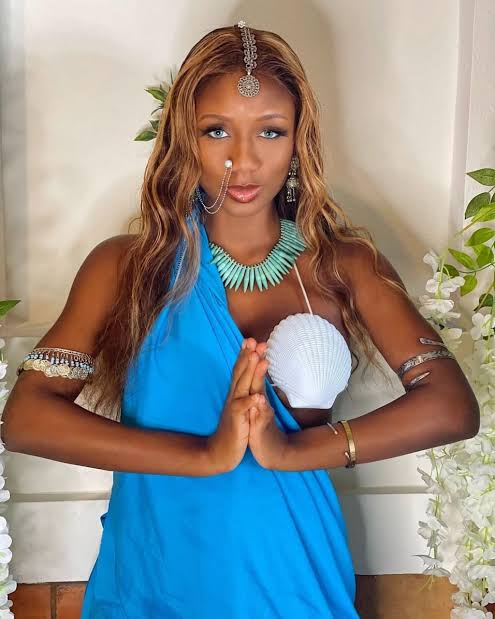 Glamsquad reports that Korra Obidi, a professional dancer and musician, has broken her silence after her estranged husband, Justin Dean, revealed his new girlfriend.

The mother of two posted a short video of herself and her daughters to her Instagram story. The US-based songstress was seen in the video with her girls, June and Athena, wishing fans a good morning.

The ever-joyful dancer also made a positive declaration about herself, declaring that she is blessed.
This comes after her estranged husband, Justin Dean, shared a video with a Nigerian designer, Tukumbo Daniel, on his Instagram story a few hours ago, hinting at going on a date with her.

Justin Dean previously stated that he has no plans to remarry and prefers to focus on his children, but there appears to be a slight twist now.

June Dean, Korra’s daughter, could also be seen smiling at the camera as they all lay on a bed.

Korra Obidi and Justin Dean split up several months ago. Dean announced their divorce only a week after the birth of their second child.