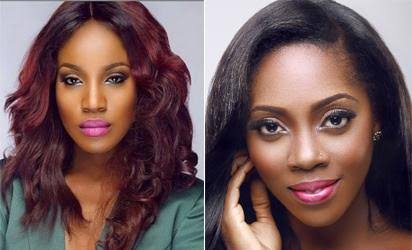 Deborah Oluwaseyi Joshua, professionally known as Seyi Shay, a popular singer and new mother, has responded to a fan who brought up her old feud with Tiwa Savage, glamsquad reports.

It should be noted that the duo caused a stir in Nigerian cyberspace in June 2021 after a verbal altercation at a hair salon in Lagos.

Seyi Shay had approached Tiwa to say hello after seeing her at the salon, but Tiwa was not having it and slammed the “Right Now” singer for greeting her when she had made disparaging remarks about her years before.

Tiwa claimed she never did anything to offend Seyi Shay to warrant the slander she heaped on her, and she vowed that God would kill her son, Jamil, if she ever wronged her. ICYMI

Back to recent events, Seyi Shay held an Instagram Q&A with her followers yesterday, and an overzealous fan brought up the old fight.

READ ALSO: Amazing Facts About Seyi Shay &amp; How She Rise To Fame

“Did you laugh at Tiwa Savage and that stupid curse she put on you about not experiencing motherhood when you gave birth?” the fan inquired.

Seyi Shay, who gave birth to her first child in July, responded by saying she didn’t mock her colleague but chose to believe God’s word over the negative curse.

“The devil lies.” Which report will you accept? I trust the most high God’s word. God is dependable.

I didn’t laugh; instead, I bowed in respect to Oluwa. Remember, when he says ‘yes,’ no one can say no.” 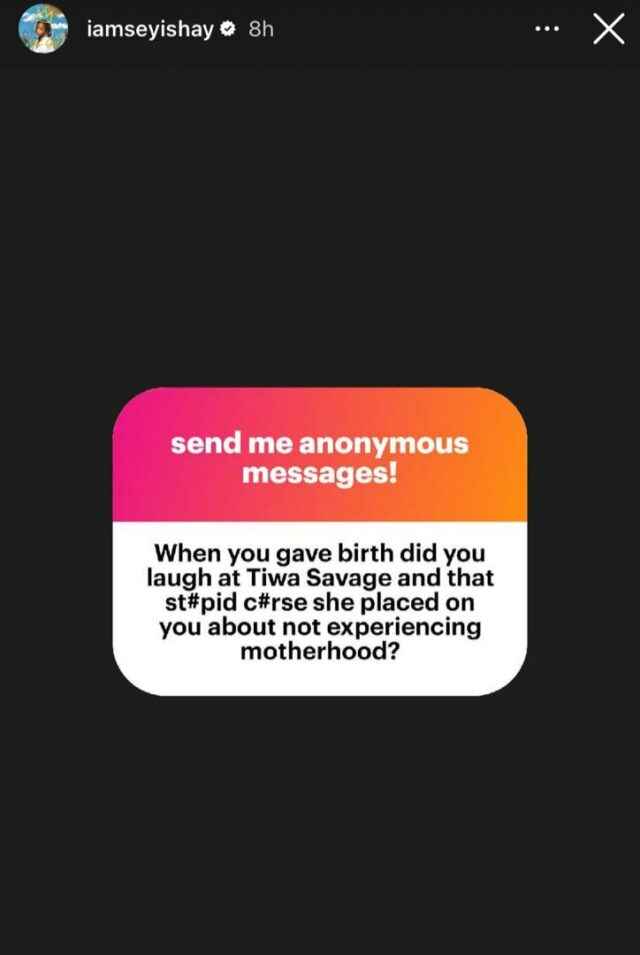 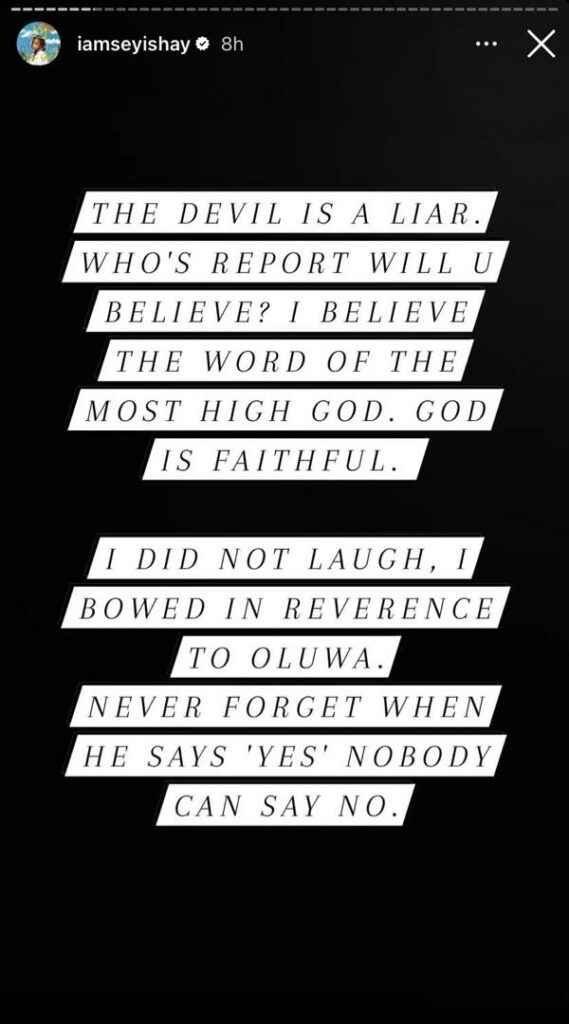