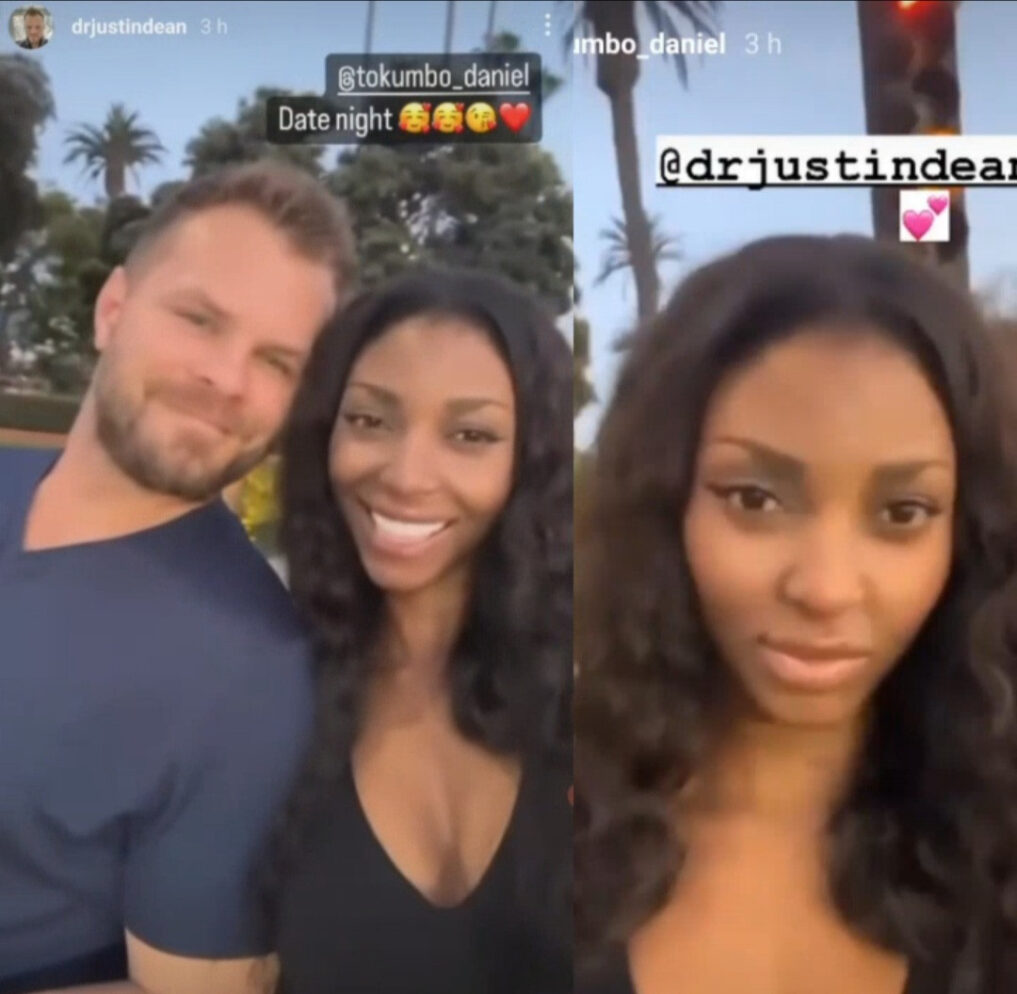 GLAMSQUAD reported on the date the duo embarked on earlier in the day which caused a buzz online.

The video, which featured the new couple grinning broadly as they embarked on a date, quickly went viral online.

The chiropractor published an Instagram live video of himself and his second daughter, Athena Dean, on August 9 just a few days before introducing his new beau to the public.
In the since-deleted video, a woman who appeared to be Tokumbo was seen behind him while he was interacting with fans; the model fled inside when she realized he was live.