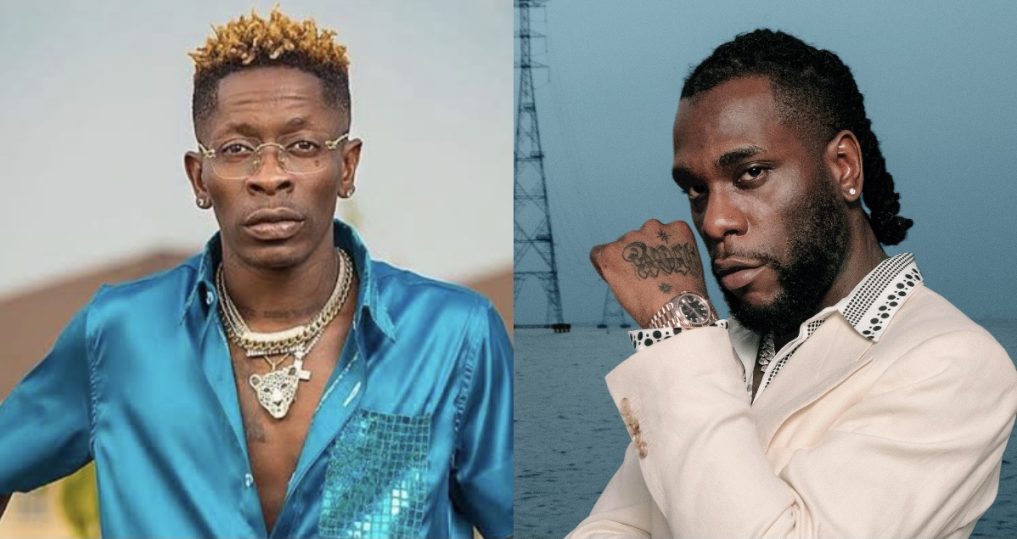 Just when we thought the Burna Boy and Shatta Wale saga was dying down, the rift takes a new turn to a whole new level. Will this be the beginning of a Nigerian/Ghana entertainment war? Well, we hope not!

In the wake of the events, Shatta Wale’s former best friend, Wizla Finito has added salt to an already hurting injury, revealing that the Ghanaian rapper actually snitched and had s*x with Burna Boy’s girlfriend.

To say that the feud between the pair is becoming both interesting and scary is to say the least.

You will recall that Shatta Wale had taken to social media to post a series of messages where he called the Nigerian Grammy Award winner unprintable names, including that Burna Boy is a r*pist. He went on to say that they engaged in the act together and used it to pass time.

However, Shatta Wale’s ex-best friend has reacted to the drama, accusing Shatta Wale of being a betrayal and traitor. 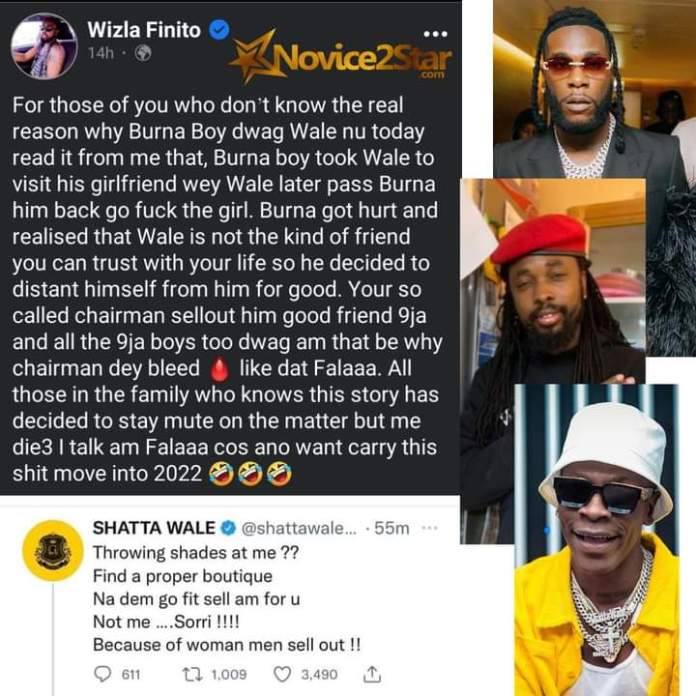 When I told you pipos about how Wale passed behind Burna Boy to go chop Burna ein girlfriend you pipos thought I was lying. You see, the truth be say Odowgu go no wan talk about the matter in public but if he talk about it you go cry give am sef.

Wale sellout the street for 50 peswas longest, you dare not betray your friends in this way on the streets of Croydon or Peckham. You don’t fuck your best friend’s girlfriend and still expect him to dine and wine with you from the same table. Sorry Burna Boy, I feel your pain bro 😎

Small fame you get you wan take hurt everyone around you.

Burna Boy decided not roll with you anymore lol, sake of you slept with his woman, you betrayed his trust and loyalty the same way you have done to most of us. If God is indeed God, Aswear He will judge you right here on Earth for this kind of snitch life you live on the street. The fools too knows the truth and knows that Wale has broken the street code and the hearts of many but they will still come and defend this uncultured behaviour with their yam phones. Ofuii pipos.

3 Glam Ways to Style Your Jewellery this Summer

How to change Lock Screen Timeout in Windows 11