Yomi Fabiyi, a Nollywood actress, has reached out to her colleague Iyabo Ojo about their ongoing spat over the alleged rape case involving Olanrewaju Omiyinka, also known as Baba Ijesha. 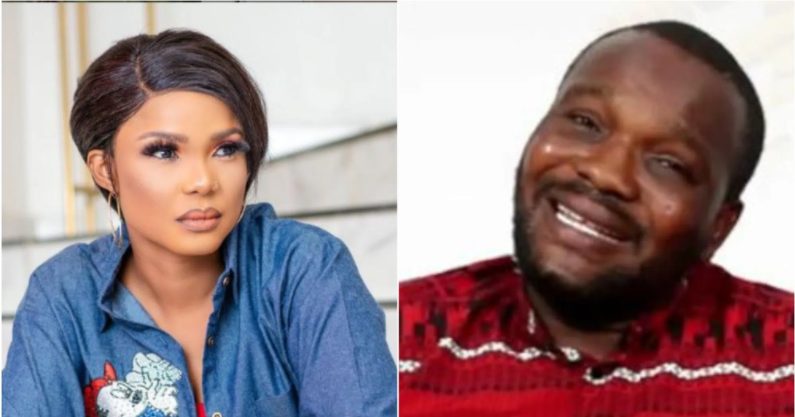 Following the arrest and custody of Baba Ijesha for allegedly abusing a 14-year-old girl, Yomi Fabiyi and Iyabo Ojo were key opposing forces.

They’ve also thrown shade at each other, publicly dragged each other on Instagram, and have been at odds as the rape case drags on.
Yomi Fabiyi questioned Iyabo Ojo in an online conversation about when they would terminate their feud because they had gone on for so long.

Yomi Fabiyi, who expressed his longing for Iyabo Ojo, claimed he is now on vacation and will return soon, hoping to settle their differences.
Iyabo Ojo and Yomi Fabiyi should not be enemies, according to Yomi Fabiyi, because he never sees her as such and instead lets her make her own decisions.

He wrote: When are you ending this fight Iyabo me? ha ha. Take a detour now dear, quite frankly we are going too far jare. Miss you small.There is no problem anywhere it is your thought and hearsays. Still holidaying here and returning soon. We should never be enemies cos I never see you as one. Ball in your court though. YF

See the screenshot below: 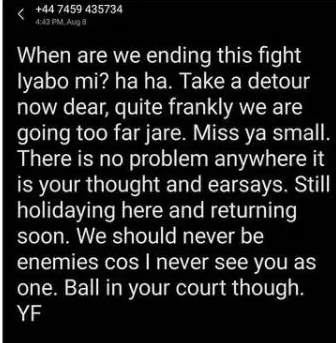 BBNaija 2021: Saskay, Arin, Tega, others up for possible eviction