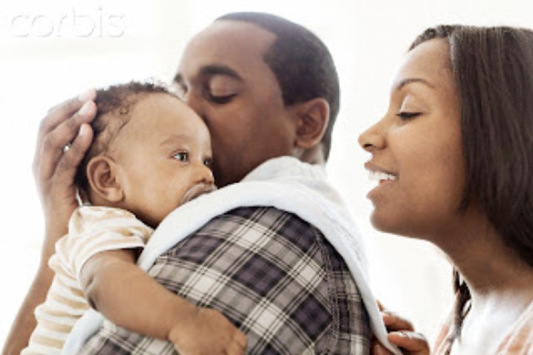 Na wah O! I am still trying to understand all the fuss about having a male child. I used to think it was peculiar to a particular tribe in Nigeria (the IBOs) but I see that the YORUBAs have been infected with the ‘plague’!

You will see some women who are ready to go ten rounds of pregnancy looking for a male child even if it kills them. Isn’t this ridiculous?! I used to think also that the husbands were to be blamed for forcing their wives to search for that male child but it’s not all husbands that do that. Infact, most husbands don’t care if they have only girls. It’s the women that put themselves on that ‘suicide’ mission.

There was one time when I was pregnant for my 1st child and I had to go for an ultrasound scan. While I was waiting for my turn, we heard cries for help from the aides in the scan room. We expectant mothers rushed in to see what could have gone wrong. Lo and behold, a woman had fainted after she was told she was having a girl child. Even though that was going to be her 6th girl! (Yikes! Another suicide mission!)…Ehen! What’s wrong with having girls?!…but 6! Mehn!

Another one that happened when I was in labour room trying to push out my first. My fellow labour-room partner who also was in labour was gisting me how she had 3 girls already and was hoping this 4th one would be a boy. She was so sure it would be a boy. I asked her how she knew, she said because the pregnancy was different from her previous and besides she had fasted and prayed 50days prayer. Her God never fails. Oya now! Time to push pikin reach…na girl O! Come and see drama! Those nurses are wicked sha! They already knew the woman’s gist and out of mischief they told her husband to bring clothes for the baby. All the clothes were blue! When he found out it was a girl, he bust into the labour-room and warned the wife not to bother coming back home especially with the baby! Na so the man abandon wife all because of this same male child issue.

The one that pained me most was this stupid wife that suggested her husband should impregnate his 17year old daughter rather than marry another wife. And the old fool did so that he could have the male child he had always wanted.

My friend was telling me how her mother-in-law was asking her friend to pray for her so that God will provide her with a grandchild! Her friend looked at her in dismay and said, “But you have grandchildren now Mama Ebuks!” My mother-in-law hissed at her and retorted, “Which grandchildren, all those girls? I don’t have any grandchild yet until Ebuka gives me a grandson!” Abeg, the old witch should hurry and die fast, her mates are in heaven or hell as her case maybe. Tell me, is that right?

The last but not the least story is my uncle who had 8 girls from his 1st wife and wanted to marry another one. The family begged and pleaded with him not to. He insisted on going ahead with the marriage. After the 2nd wife gave him 2 extra girls, no one begged him to stop. Lol! Now he is burdened with 10 girls.

So I urge everyone who has a child, whether male or female, to love their child. The touts, armed robbers and corrupt leaders who are men…are they not the same male child people still kill themselves for. Women please wise up and accept what ever child God has blessed you with. Keep yourselves alive to take care of your child. Stop hiding behind culture and using your husbands as excuse. There are female leaders who are making their parents proud…the same rejected female children.

N.B: Please send your stories to [email protected] Your names will not be published.