Entertainment
5 days ago
by Ifeanyichukwu Ngere
0

Habeeb Okikiola, a controversial musician better known by his stage name Portable Omolalomi, has shared his experience with some Egyptian fans. 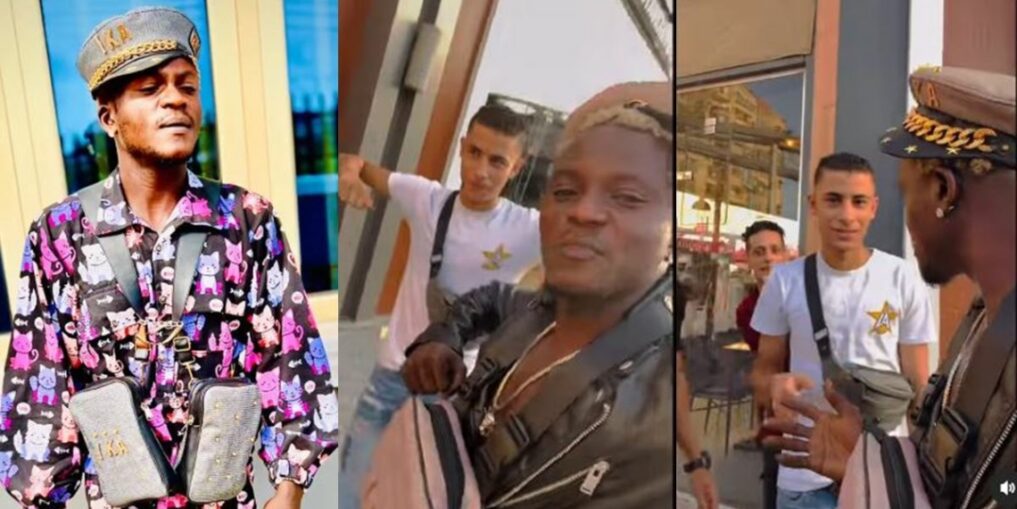 The “Zazu Zeh” star recently took a plane to the nation of North Africa for his concert, which is scheduled for September 23.

However, Portable took to the streets of Cairo, the nation’s capital, and spent some time with Egyptians who were eager to see him.

Speaking, Portable said that he is the most talked-about “Zazu” and asked one of the men if he had heard of “Zazuu.”

“Have you heard about Zazu? I’m Zazu,” he said.

The Egyptian man replied that he only understood Arabic and didn’t understand English.

Then Portable continued by inquiring as to whether he attended school.

The singer subsequently continued his journey while hailing other fans on the street.

Captioning the video, he wrote:

Meanwhile, Portable was allegedly rushed to the hospital after a drug overdose recently.

The singer was brought to the hospital and is currently receiving care, claims an Instagram user going by the handle Massmediaforum.

The blogger wrote the following in the caption of a clip showing Portable struggling to maintain composure on the club stage as others offered encouragement:

Dem say portable carry colos yesterday night for club 🤦‍♂️, he was rushed down to the hospital and still receiving treatments for now, his present condition is unknown