The Nigerian movie industry particularly the Kannywood side has been thrown into mourning following the death of veteran actress, Hajiya Zainab Musa Booth.

Zainab, who was the mother of three actors Maryam, Ramadan, and Amude Booth, reportedly died last night in Kano, She was 61.

This was announced by her colleague, Ali Nuhu, via his verified social media pages. According to Nuhu, she passed away on Thursday.

The cause of her death was not however revealed.

Her daughter, Maryam confirmed her death in a heartbreaking post on Instagram, where she also stated that her mother will be buried after janaza (funeral prayers) at her Court Road residence opposite Premier Hospital, today, July 2. 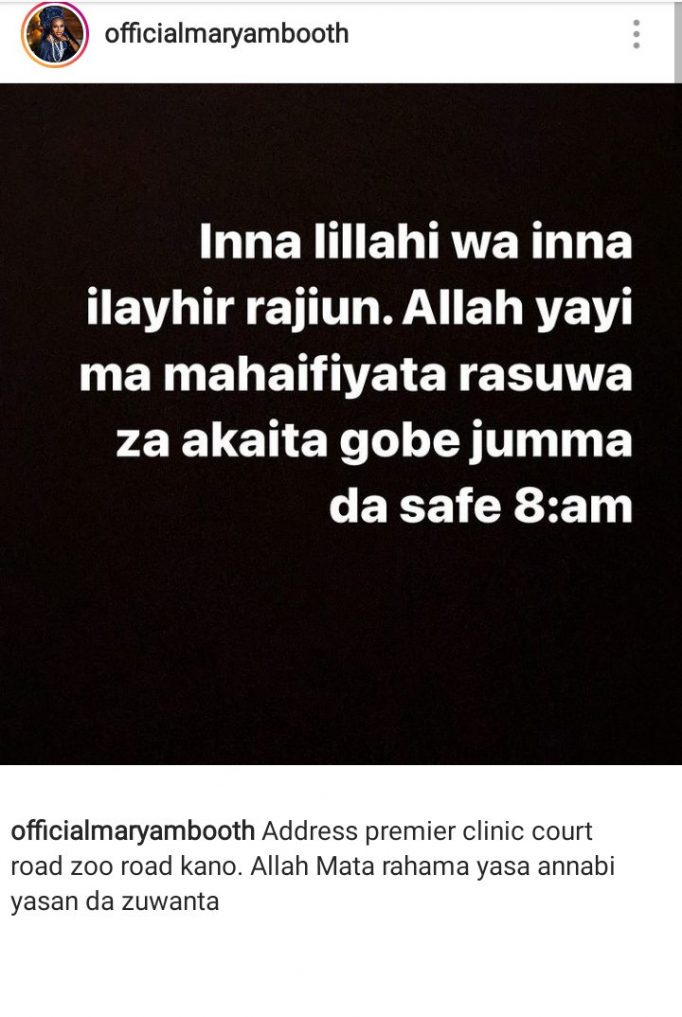 Ideas To Settle On An Ideal Graduation Dress