Amidst her marital crisis reports have it that popular Nollywood actress, Tonto Dikeh is three months gone already.

The actress and her husband, Oladunni Churchill have been featuring in the press a lot recently over infidelity issues currently threatening to crush their marriage. 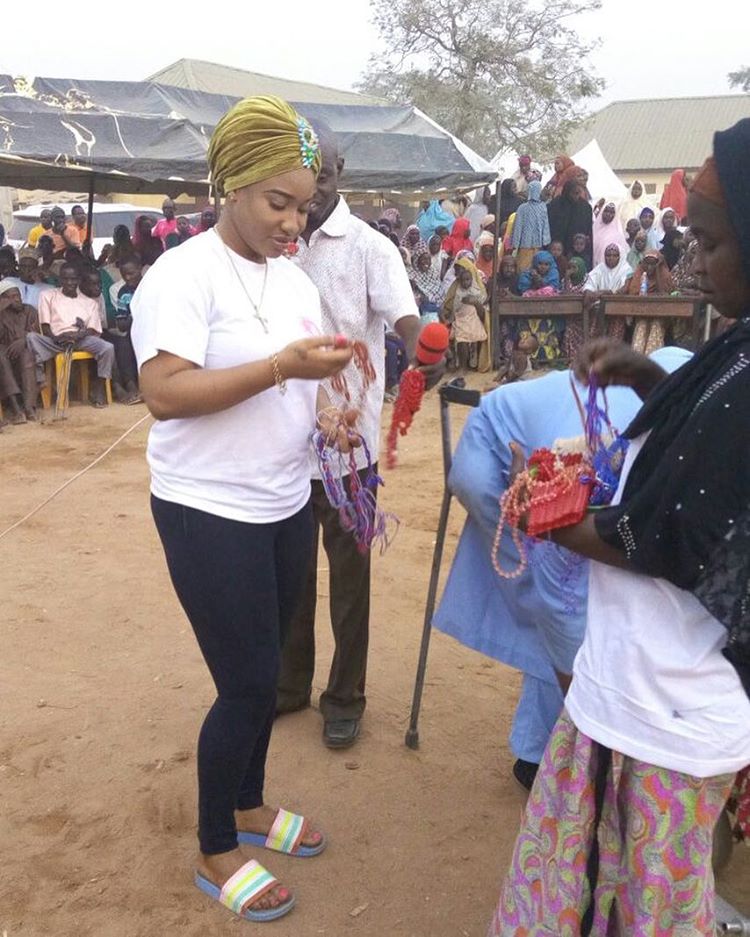 The tale took on a weird twist yesterday when Tonto Dikeh’s husband revealed the face of their son, Andre which Tonto has been keeping from the public for 11 months, with many speculating that Mr Churchill only did that to spite his wife, who has since removed her husband name from her social media account.

An industry source who has been with the actress throughout her ongoing Tonto Dikeh foundation campaign revealed that the duo are not living together because the millionaire husband who has been accused of infidelity has been making excuses with his nationwide philanthropist work to stay away from home.

The source continued that the pretty actress may be due for delivery in six months’ time . Meanwhile, Tonto has been married to her husband for just two years.

Recent photos have been pulled up to confirm the pregnancy rumor however the alleged babybumps in the photo might just be a result of baby fat that the actress has so far been unable to burn since the birth of King Andre..

“DEAR WITCHES, IT IS NOT YOUR FAULT”- TONTO DIKE

Tonto Dike Talks The Return Of King Tonto With Freeze