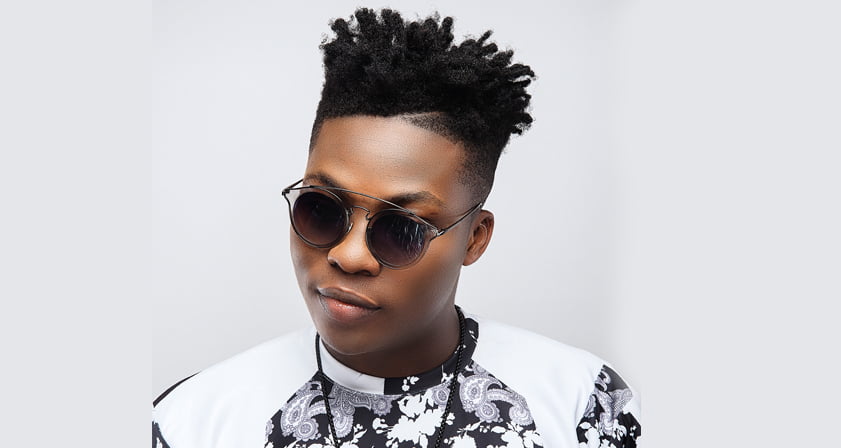 A prank call planned by a media agency during a live session with Reekado Banks has received backlash.

During a live show, a lady left the show host and Reekado Banks stunned after she disclosed that the singer stopped calling her afterwards despite numerous attempt to reach him.

Reekado who was seated excitedly waiting to receive some praises, admonishment and questions from the unidentified female caller got stunned when the words started coming out from her.

She expressed that she wants to know why Reekado slept with her and refused to pay. However, the caller was quickly shut-out as her phone line was cut-off.

The presenters immediately expressed their disappointments at what the lady did and as well laid emphasis on the fact that the unfortunate & unbelievable incident that happened is the reason why some radio listeners are always being denied the chance to call in during shows.

Taking to Twitter to react, the singer confirmed it was a prank and it was taken too far.

“It is truly a problem when a media platform begins to pursue shock value at the expense of an artistes’ image. So that was a prank call on a tv show, it was funny then , but I do not like where this is headed!”

Funny or Annoying; you decide….

Here is Reekado Banks’ New EP “Off the Record Vol. 2”

Mavin Records Sweetheart, Di’Ja is BACK