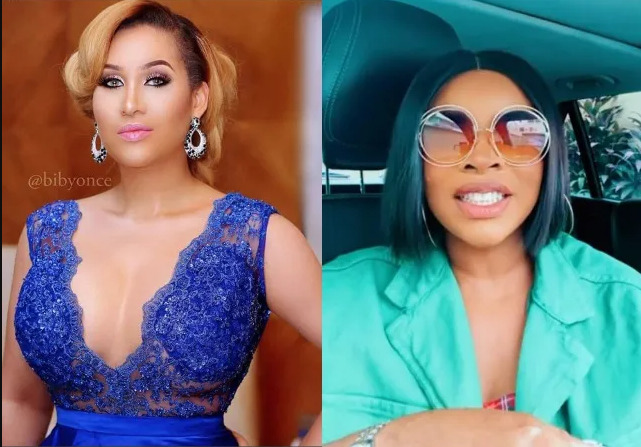 The Real Housewives of Lagos reality TV show season one has come and gone and a lot of teas were spilled, backbiting and lies happened.

One of the notable fights was that of Instagram influencer and author, Laura Ikeji and Caroline Hutchings, formerly known as Caroline Danjuma.

During their explosive fight, Caroline alleged that Laura who is happily married with kids engages in prostitution.

Caroline alleged that Laura was pimped for a Nigerian governor, an allegation, Laura didn’t take lightly.

Laura Ikeji however denied it and called Caroline a liar.

Fast forward to after another fight between Caroline and Chioma (another cast of the show), Caro, as she’s fondly called accused Chioma of saying things against the other women behind their back.

Chioma and Iyabo Ojo (another cast of the show), who were sot of best of friends with Caro in the show, have revealed that Cao lies a lot and her calling Laura a runs girl was all lies from the pit of hell as she gets dirty and defames people whenever she fights with them.

Chioma and Iyabo made this shocking revelation during a podcast session with Tina and OG of The Real Housewives of Lagos After party Podcast. They both set the records straight and revealed that Caroline fought with everyone on set during the shooting of the show, both cast and crew members.

Listen to the explosive podcast HERE

Amazing benefits of Pineapple to the skin