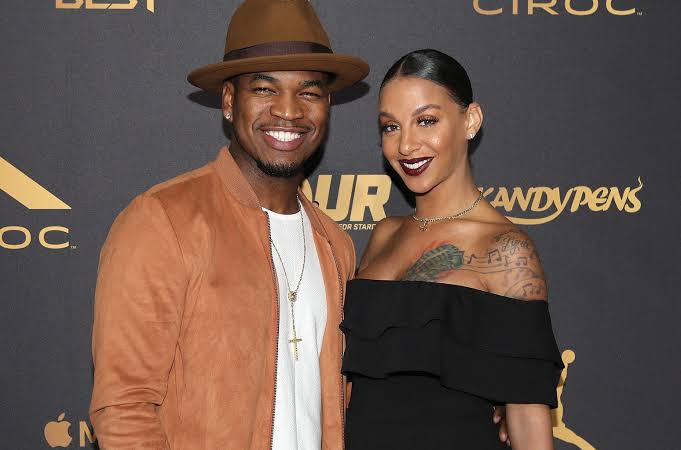 Crystal Renay, the wife of American singer and songwriter, Shaffer Chimere Smith better known as Ne-Yo, has announced the end of their marriage.

In a statement on her Instagram page, the 36-year-old stated that for eight years of their marriage, she had shared her husband with numerous women who sell their bodies to him unprotected.

Crystal further said she will no longer lie to the public or pretend that their marriage was working. She also noted that though she gained three children from the marriage, she was left with wasted years and heartache.”

“8 years of lies and deception. 8 years of unknowingly sharing my life and husband with numerous of women who sell their bodies to him unprotected… every last one of them!

“To say I’m heartbroken and disgusted is a understatement. To ask me to stay and accept it is absolutely insane. The mentality of a narcissist. I will no longer lie to the public or pretend that this is something it isn’t. I choose me, I choose my happiness and health and my respect.

“I gained 3 beautiful children out of this but nothing else but wasted years and heartache. I ask that you all please stop sending me videos or information of him cheating because what he does is no longer my concern. I am not a victim. I’m choosing to stand tall with my head held high.

“If someone can’t love you the way you deserve then it’s up to you to love yourself. With no hate in my heart I wish him nothing but the best. ~ Crystal Renay 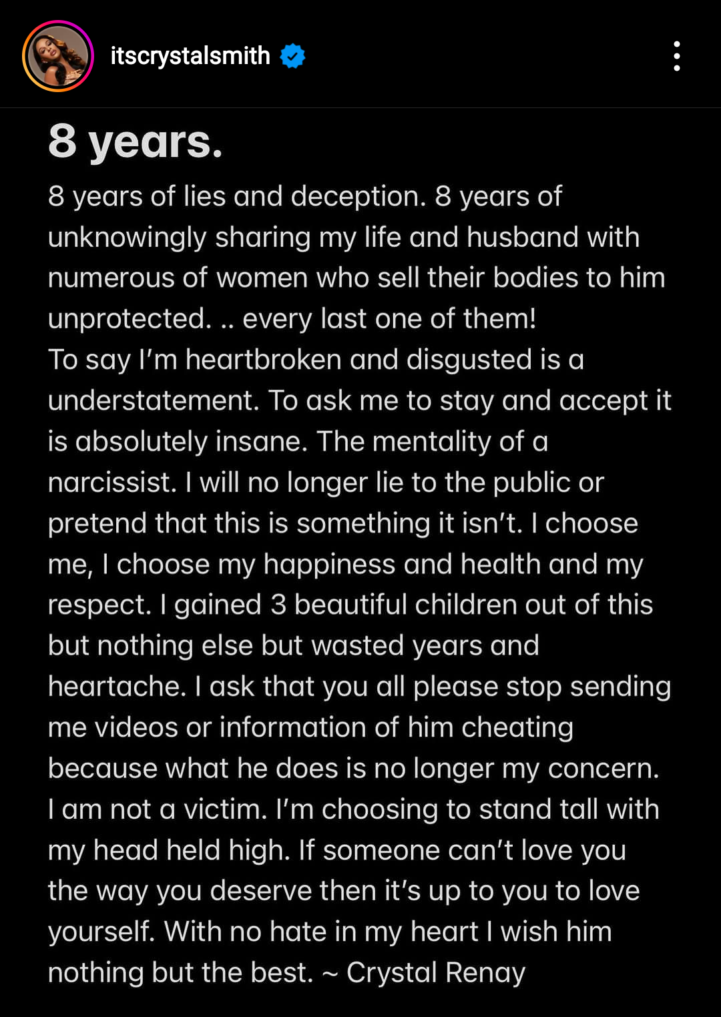 Crystal signed the statement with her maiden name, an indication that she had dropped her husband’s surname.

Crystal and Neyo began dating in 2014 and got married in 2016. In 2020, he announced that they were getting a divorce but later reconciled and went on to have another baby.

In April 2022, they renewed their wedding vows. The couple shares three children.

READ ALSO: Chris Rock Speaks About Getting Slapped By Will Smith After His Apology Video