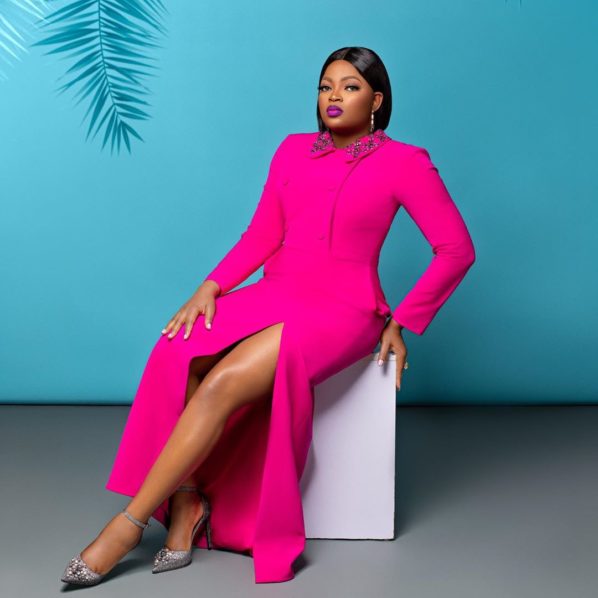 This comes after multiple warnings were issued about a looming flood in the state.

Funke Akindele called the Lagos State Government irresponsible for failing to declare a state of emergency, particularly in the state’s riverine areas.

She posted on her Instagram page:  “After speaking with people in several wards across the state, I feel compelled to share my concern about the safety of Lagosians in all areas of the state. The Lagos state government put out a flood warning for several parts of the state but it is yet to announce a state of emergency or share a detailed response plan in the event that flooding endangers the lives of citizens. The fact that lagos state has not declared a state of emergency, especially in the riverine communities, is extremely irresponsible & puts so many Lagosians at risk. Our riverine communities do not have functional gutters, flood canals built to channel flood water are filled with silt & blocked by refuse and our water ways are overrun by water hyacinths. It is a disaster waiting to happen.’

Funke Akindele went on to say that protecting Lagosians’ lives is more important than campaigning.

“While campaigning is important, securing the lives and properties of Lagosians takes precedence. In light of the present flooding in other parts of the country and the advance warning delivered by the Nigerian Metrological Agency (NMA), it is imperative that the Lagos state government ensures that citizens are protected by declaring an ecological state of emergency,” she said.

She then suggested that authorities focus on unclogging flood canals throughout the state in order to improve water flow.

“I would advise the state government to redirect its agencies, LASTMA and LAWMA to focus on unclogging the major flood canals so rainwater can be safely redirected out of the city & temporarily relocate citizens already displaced by the flooding in parts of the state until the flood waters disperse and work to decongest drainage channels in all densely populated areas before we face another flood disaster.”

“Emergency numbers should be broadcasted on all state media channels, citizens should be educated on present emergency protocols and encouraged to report any missing persons or damage to properties. We cannot in good faith ask our citizens to care about elections when their lives are at risk. I strongly urge Governor Sanwoolu and the Lagos state government to intervene and mitigate a potential tragedy,” she added.

0
Ifeanyichukwu Ngere October 29, 2022
No Comments Yet

“I am thankful”- Funke Akindele says as she shares adorable photos

10 Richest Actors And Actresses In Nollywood