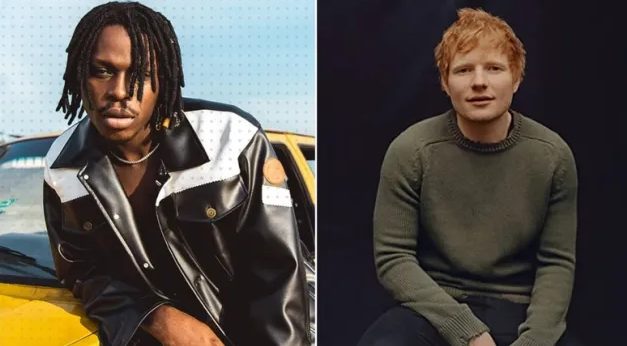 Ed Sheeran, the Grammy Award-winning musician, has revealed that he will appear on Fireboy DML’s ‘Peru’ remix in December.

During his 15-minute discussion with Elton John on Apple Music’s ‘Rocket Hour’ platform, Ed Sheeran revealed this, adding that he’s infatuated with ‘Peru’ and finds it addicting.

“So I got sent his song ‘Peru’ a week ago, to remix it,” Sheeran explained of how he came to work with Fireboy. It was sent to me by a buddy of mine, Jamal [Edwards] of SBTV.

He said, ‘Fireboy DML would love you on the remix of this song and I’ve just found it really intriguing. So I recorded a verse for it and it’s a song that’s blowing up in Nigeria and Ghana at the moment and their club scene runs over Christmas.’

“So you basically put a song to the club in the middle of December, which would seem a weird thing to do in England. But yeah, so I have done the remix for this song, but the original is just an ear-worm, it’s addictive and I’m obsessed with it.”

“I mean, Cherry will tell you, I’ve had this song on repeat constantly in the house for the last week.”