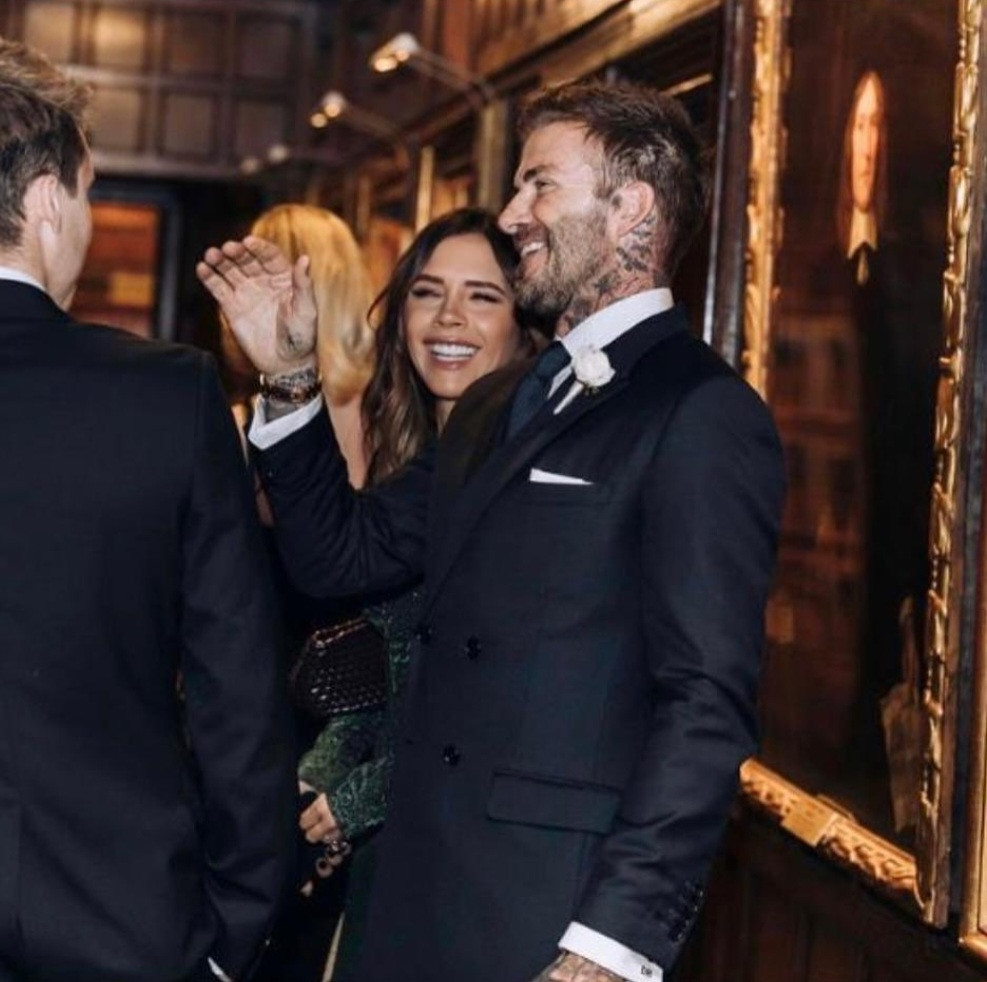 Glamsquad reports that on 23rd wedding anniversary, David and Victoria Beckham took to Instagram to express their love for one another.

During the interview, the couple revealed that they met at “the football.”

David wrote in the caption;

“No, but I was interested in Posh. Posh became Mrs Beckham 23 years ago today, but she will always be Posh. Congratulations on your 23rd wedding anniversary and four beautiful children. I adore you, as do we all.”

Victoria also took to Instagram to commemorate their anniversary.

READ ALSO: “I have mad love for Burna Boy and Davido” – Wizkid declares

She stated”They say he’s not funny, that I never smile, that it won’t last. Today marks the 23rd anniversary of our marriage. David, you are my everything, and I adore you!!!!” 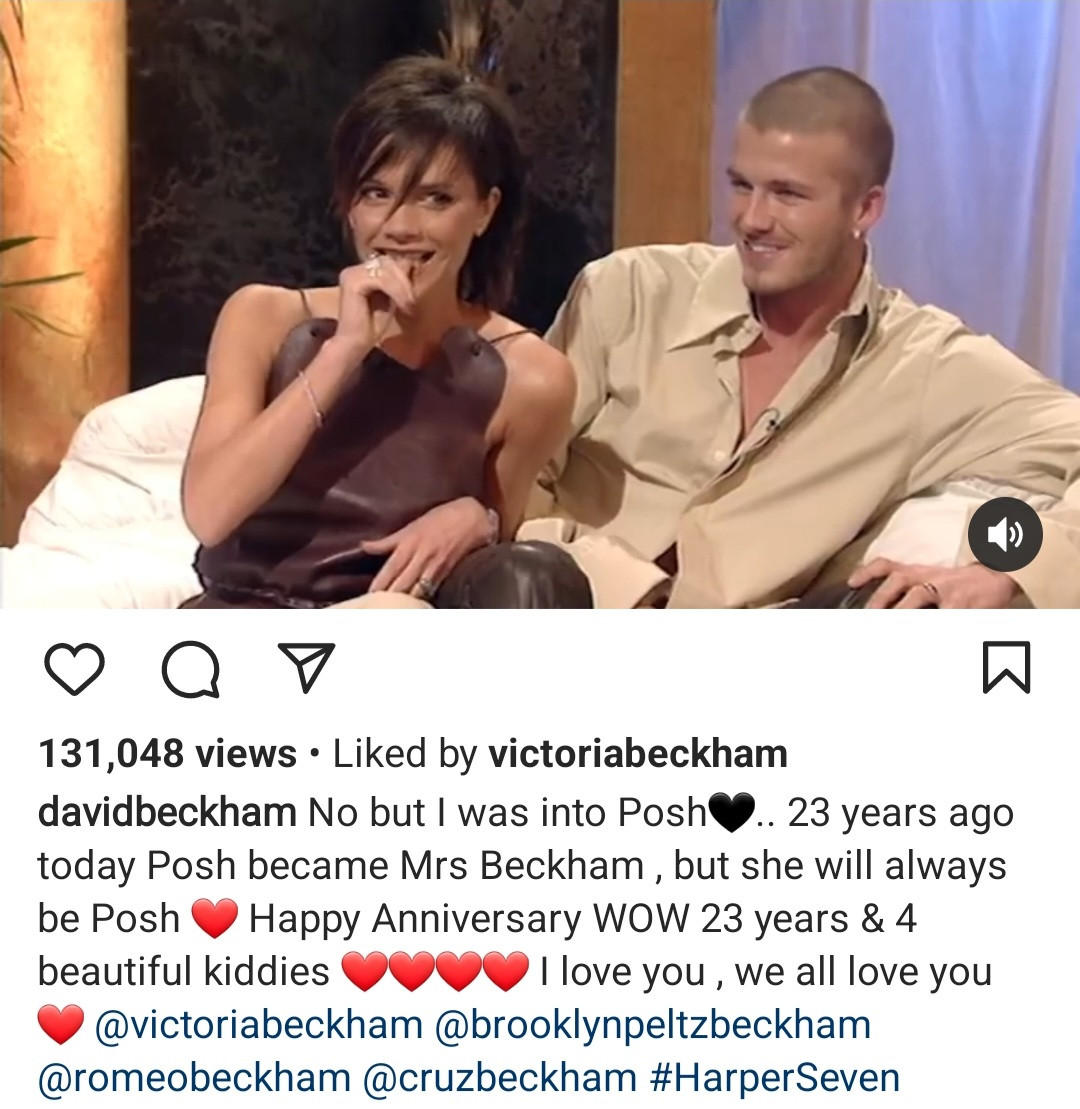 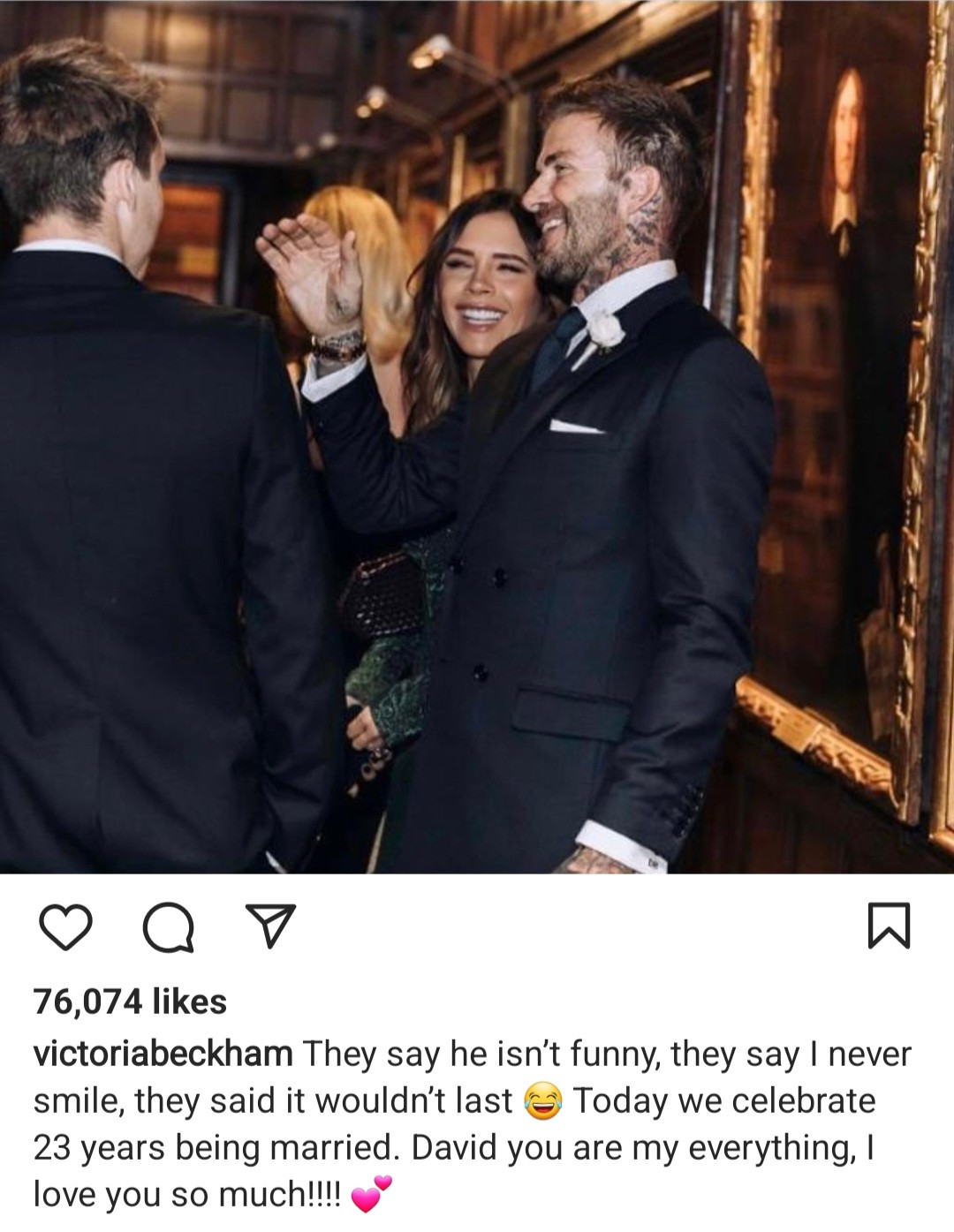