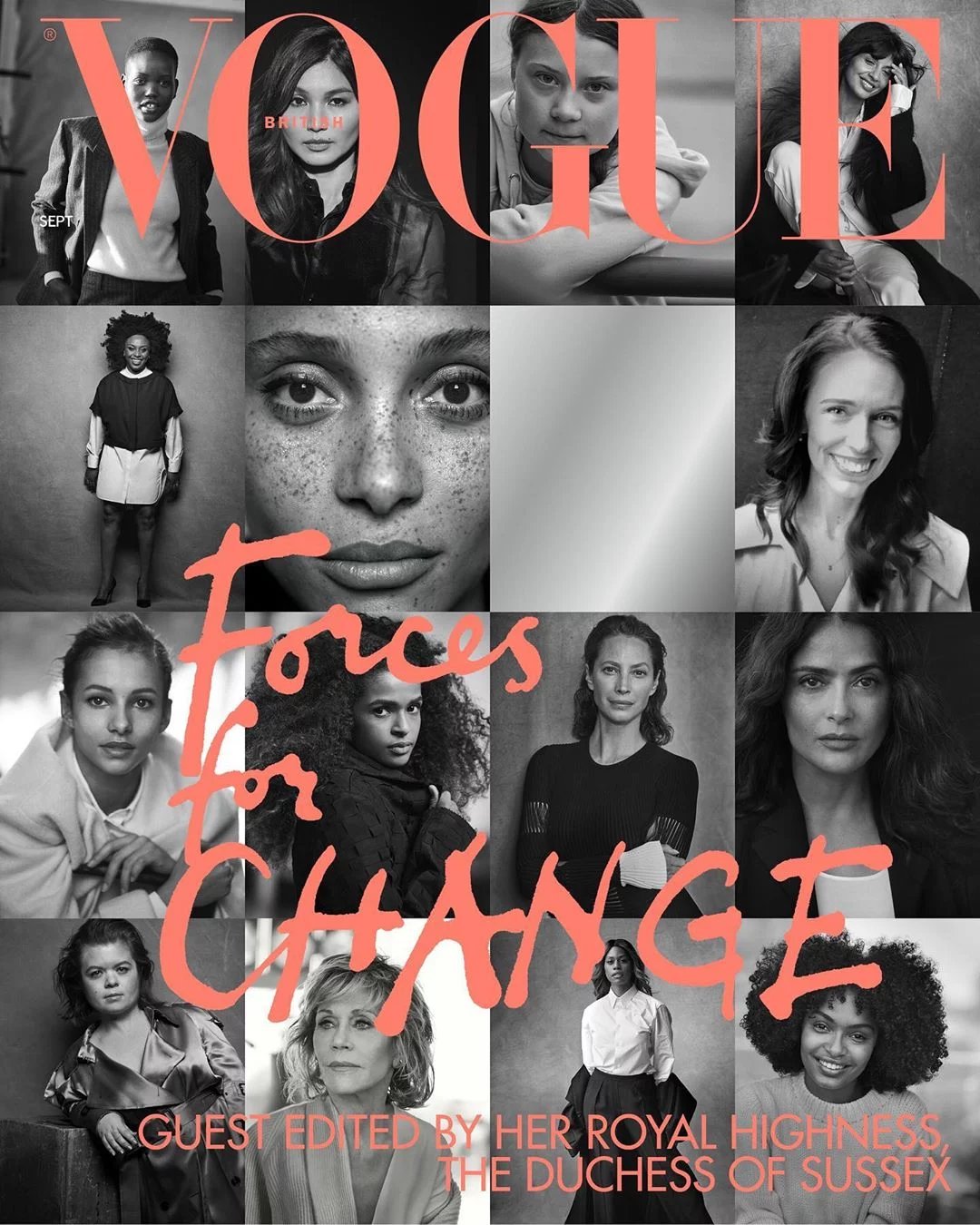 Award winning Nigerian author, Chimamanda Ngozi Adichie, has featured alongside 14 other women on the cover of British Vogue 2019 September issue.

The issue highlights the 15 world-leading women as those reshaping public life.

This year’s issue of Vogue was guest edited by her Royal Highness, the Duchess of Sussex, Meghan Markle alongside the magazine’s editor-in-chief Edward Enninful. Meghan who is the first guest editor of the September issue in the magazine’s 103-year history, titles it ‘Forces for Change’. She selects an assemblage of women seen as ‘trailblazing change-makers, united by their fearlessness in breaking barriers’.

“I seek to steer the focus of this year’s September issue. Through this lens, I hope you all would feel the strength of the collective in the diverse selection of women chosen for this Cover. I hope readers feel as inspired as I do by the ‘Forces for Change’ they’ll find within this pages” Meghan said.

On the sixteenth space of the cover, a mirror was included which shows that anyone who holds the issue in hand, sees themselves as a collective. In addition to the mirror, the duchess’ influence upon this year’s issue drives home the message, that style is nothing without substance.

0
Sebastiane Ebatamehi August 1, 2019
No Comments Yet

The Address President Buhari Could Have Given: A Speculative Piece By Chimamanda Ngozi Adichie