Mexican’s are known to make amazing delicacy that are actually mouth watering.

Aside from the amazing views one can get when on a tour in Mexico their cuisine dishes is indeed one to die for, here are three amazing dishes to taste when in Mexico; 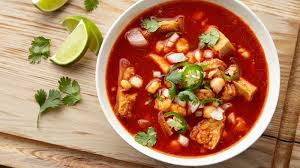 Read Also: How to make bityerleaf soup with achi

This dish is made from soft and well cooked cow stomach along with red chilli and hominy. It is prepared with onion, lime, cilantro, spicy salsa, tortillas and oregano. The menudo is usually served with a refreshing beverage. 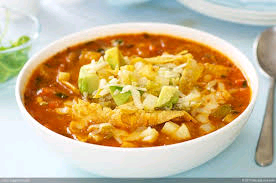 This is also known as Tortilla soup. Avocado, cheese, cream, chili pepper, and tortilla are used in this simple tomato soup. They all add a pleasant flavor to the soup as well as a splash of color. 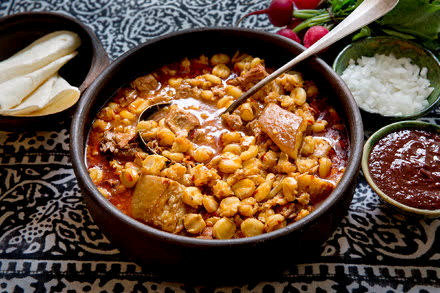 This is a spicy Mexican soup containing pork or chicken and cacahuazintle corn. For the Aztecs, maize was considered a sacred plant, this made Pozole a celebratory dish consumed during Aztec rites.

There is the red pozole (rojo), green pozole (verde) and white pozole (blanco).

Red sauce, such as guajillo or ancho, is used to make the red pozole. Green ingredients such as jalapenos or pepitas are used to make the green pozole. For the white pozole, there is no green or red sauce