Nigeria’s music artistes, Sunday, humbled their counterparts from other parts of the continent, as they carted away some of the big awards at this year’s edition of the prestigious All Africa Music Awards, AFRIMA, which held at the Convention Hall of the Eko Hotel and Suites, Victoria Island, Lagos. Among the music stars that made the country proud were Wizkid, Falz, Flavour, Olamide, Phyno, Patoranking, Niniola and Aramide. Wizkid who won two awards at the MTV Africa Music Awards (MAMA) and the MTV EMA Europe awards fortnight ago was adjudged Africa’s Artiste of the Year. He beat the likes of South Africa’s Black Coffee, Ghana’s Sarkodie and Diamond Platnumz from Tanzania among others to clinch the coveted trophy. Just as the “Ada Ada”crooner, Flavour won in two categories as Best Artiste/Duo/Group/Band In African Contemporary and the Best Male Artiste, Western Africa, Falz was named as the Revelation of the year. 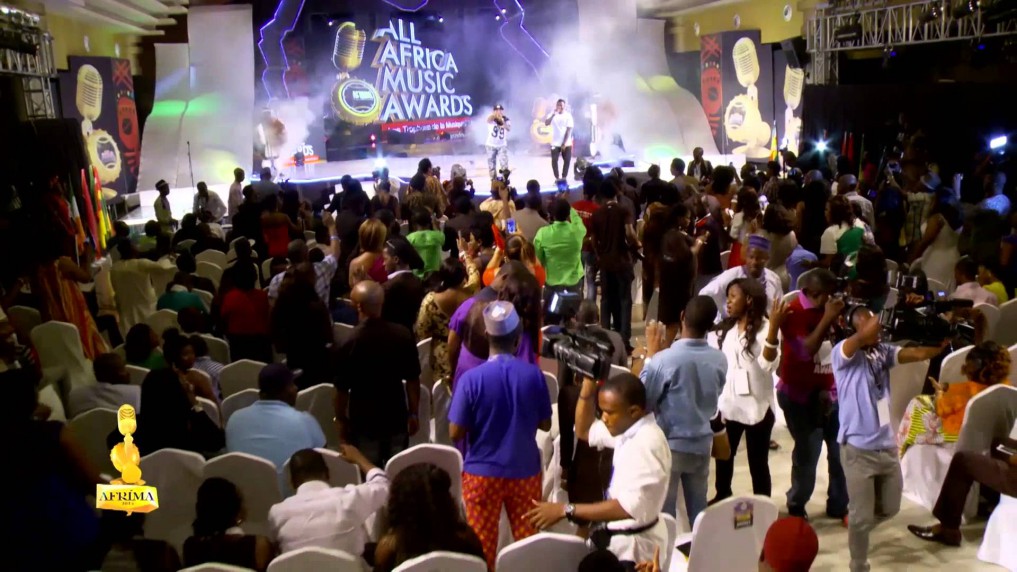 While Aramide won Best Female Artist Western Africa beating Tiwa Savage and Yemi Alade, Phyno emerged winner of African Fans Favorite award. Rising dance hall singer, Patoranking went home with Best Artist/Duo/Group African Ragga & Dancehall award. Another big winner on the night was Tanzanian bongo star, Diamond Platnumz who scooped two awards (Best Male East Africa and Song of the Year- Utanipenda). From Uganda, Grandpa Records-signed singer Cindy Sanyu won the Best Female East Africa award, Unique bagged Songwriter of the Year award, as Best African Collaboration award went to Mbilo Mbilo by Eddy Kenzo ft Niniola (Nigeria). Dancers perform during the All Africa Music Awards (AFRIMA) ceremony in Lagos on November 6, 2016. The All Africa Music Awards is designed to recognise and reward artists who have given African music the most creative competitive edge in the global market within the year under review. AFP The late Rumba icon, Papa Wemba, Manu Dibango, and King Sunny Ade were honoured at the event with Special Recognition Awards. The star-studded night of glitz, appearances, performances and awards anchored by the trio of Ahmed Soultan (Morocco); Ms Bonang Matheba (South Africa) and Ika Jang (Congo), was preceded by the AFRIMA Music Village on Friday, November, 4, featuring a non-stop music concert with over 40 African artistes performing live at the Waterfront, Bar Beach, Victoria Island, Lagos. The stars who lit up the stage with their energetic performances included the Soweto Choir, Dare Art Alade, Diamond Platnumz, Brymo, Seyi Shay, Aramide, YCee, VVIP, Navio, Stanley Enow, Patoranking, Falz and Psquare who closed the show among others. Governor Akinwunmi Ambode of Lagos State, his wife, Mrs. Bolanle and his Deputy Governor, Dr. (Mrs.) Oluranti Adebule led the state government to the event, which also had Minister of Information and Culture, Lai Muhammed in attendance. Established in 2013, the All Africa Music Awards is tailored to recognise and reward those who have given African music the most creative competitive edge in the global market within the year under review. Over 214 nominees are campaigning for votes from the public for the various categories of awards. It will be broadcast live to over 80 countries around the world.