Nigerian celebrities like Biodun Okeowo, Kitan Bukola and other Nigerians have called for embattled actor, Baba Ijesha to be severely punished.

This comes after the identity of the 14 years old girl he molested for 7 years was revealed.

Gist lovers wrote, “So been investigating this whole rape issue and this is what GLB came up with,This baba ijesha raped one of princess comedian adopted daughter,according to the girl who we will like to keep anonymous,Baba Ijesha molested her while she was 7years old and when she was 8,when she was 14 baba ijesha made advance at her again and then she knows left from right,she confided in an adult and they set baba ijesha up with a CCTV Camera this time,that was how he was exposed.the matter is still at panti as Ali Baba’s side chic(Auntlanda)won’t let the matter go,she is following the case up with anger in her,at least she do this one well,she no snatch person husband this time around.We are also following the case up and will feed back our readers as the matter unfolds.I come in peace”

Reacting to the post, Biodun Okeowo called for his castration. She wrote, “Damn!!! Can he be castrated”

Kitan Bukola wrote, “He will die there and rot there ” 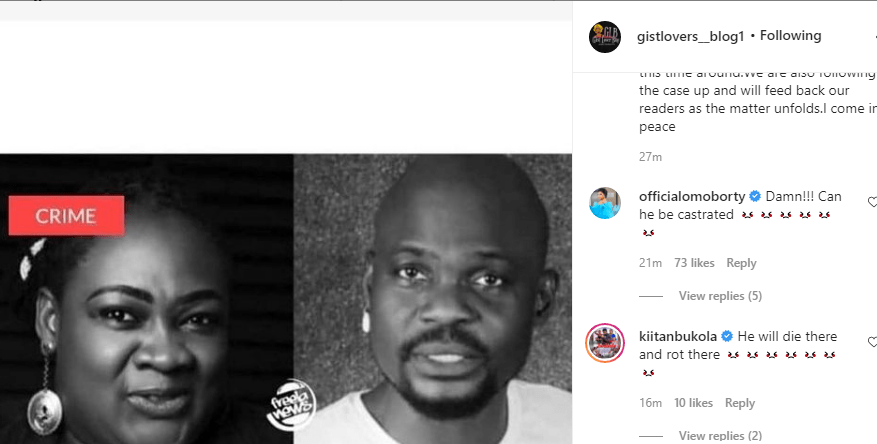