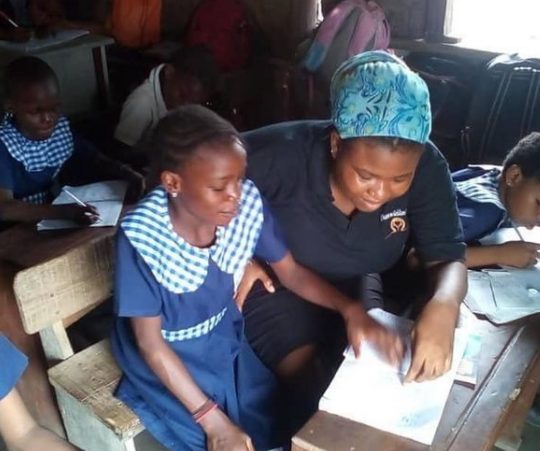 Grace Amuzie is a 20-year-old Crawford University, Ogun State, Economics (Second Class Upper) graduate. She was able to complete her secondary and tertiary education thanks to the generosity of a sponsor.

She began teaching when she was 15 years old (Ss2). She would collect children in her village and teach them during the lengthy holidays. Parents began to observe changes in their children and pushed her to keep going.

She created a lesson center with the help of her parents and well-wishers. Her initial idea was to teach the kids during the holidays, but after seeing how much of an influence she had on the kids’ lives, she decided to create Isrina Schools.

It was also to ensure that her community’s youngsters received the same educational help she enjoyed. Grace and her sister continue to help the children in their care despite their financial and infrastructure issues.

The school has partnered with the African Cleanup Initiative (ACI), which encourages parents to bring plastic bottles to school to pay for their children’s tuition, guaranteeing that they receive an education while also contributing to environmental sustainability.

Movie Review: Is "The Garbage School" worth your time and money?