The Governor of Lagos State, Babajide Sanwo-Olu, Nigeria’s Minister of Finance, Budget, and National Planning, Zainab Shamsuna Ahmed, and The Duke and Duchess of Sussex, Prince Harry and Meghan, will attend Global Citizen Live on Saturday, September 25th, according to Global Citizen. 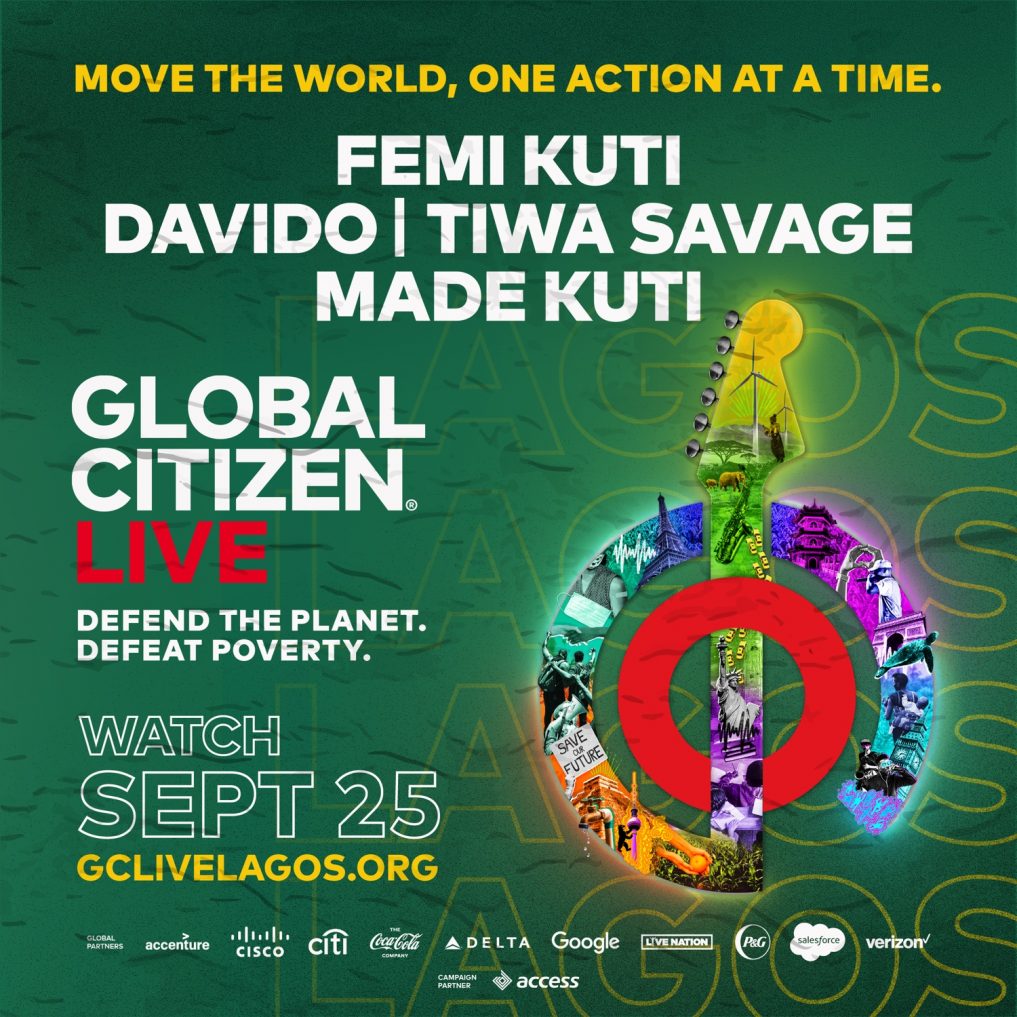 Global Citizen Live will be a global moment of solidarity across six continents, timed to coincide with the UN General Assembly and before of the G20 and COP26 Meetings. In Lagos, Rio de Janeiro, New York City, Paris, London, Seoul, Los Angeles, Sydney, and other cities, artists, luminaries, dignitaries, and citizens will call on governments, corporations, and philanthropists to make new commitments to defend the planet and end poverty, with a focus on climate change, vaccine equity, and famine.

Performances from Lagos will be given by Tiwa Savage, Davido, Femi Kuti and Made Kuti, while TV personalities Ebuka Obi-Uchendu and Nancy Isime will host the event. Sho Madjozi andMuzi will perform from Johannesburg, Angelique Kidjo from Paris, and Burna Boy from New York. South African TV Personality and Global Citizen Advocate Bonang Matheba and South African Actress, UNHCR Goodwill Ambassador, and Global Citizen Advocate Nomzamo Mbatha to be featured as presenters at the New York City Festival.

Maimuna Maibe, Country Director (Nigeria), Global Citizen says: “Great social change depends ultimately on society itself. There is a lot we can achieve if we can come together. And, as we saw with the hugely-publicised Live Aid in the 80s and other global benefit concerts that followed, music does have the power to unite people and change our world through mass action. Global Citizen’s Pop meets Policy model derives from this. It is more than just a fancy slogan; it’s an established and highly effective way to mobilise large-scale support for an end to extreme poverty, a fairer distribution of wealth across the globe, and the protection of our planet. It’s also a great opportunity for people—particularly the younger generation—to learn more about these issues and take action to secure their future.”

“One of my favorite musical slogans is Fela’s quote: ‘music is the weapon of the future’. Music is so nuanced that it has very objectifiable effects on the people around it and it touches our subconscious in ways that moves us on a daily basis. Something so nuanced has the potential to be very effective in communicating ideas and inspiring people. And because it’s so inspirational, it’s one of the greatest tools to communicating ideas, passions for subjects that can be either political, economical or humanitarian,” said Made Kuti on how powerful music can be.

Global Citizen Live events will be broadcast across Africa from 25th September 2021 on
television, radio, and online. Click here to join the YouTube livestream starting at 6PM WAT.

Global Citizen Live calls on leaders to deliver by September: