Popular Ghanaian actress, Rosemond Alade Brown aka Akuapem Poloo, has appreciated Nigerian stars, Mr Eazi and Mercy Johnson, after they tried to help her out of jail for posting a nude photo of herself beside her near-naked son on social media.

Taking to her social media page, Poloo shared screenshots of her recently discovered messages that she received from the Nigerian stars. In the screenshot of Mercy Johnson’s message, the Nigerian actress asked her for a phone number she could be reached on. The mother of four also asked how she could be of help. 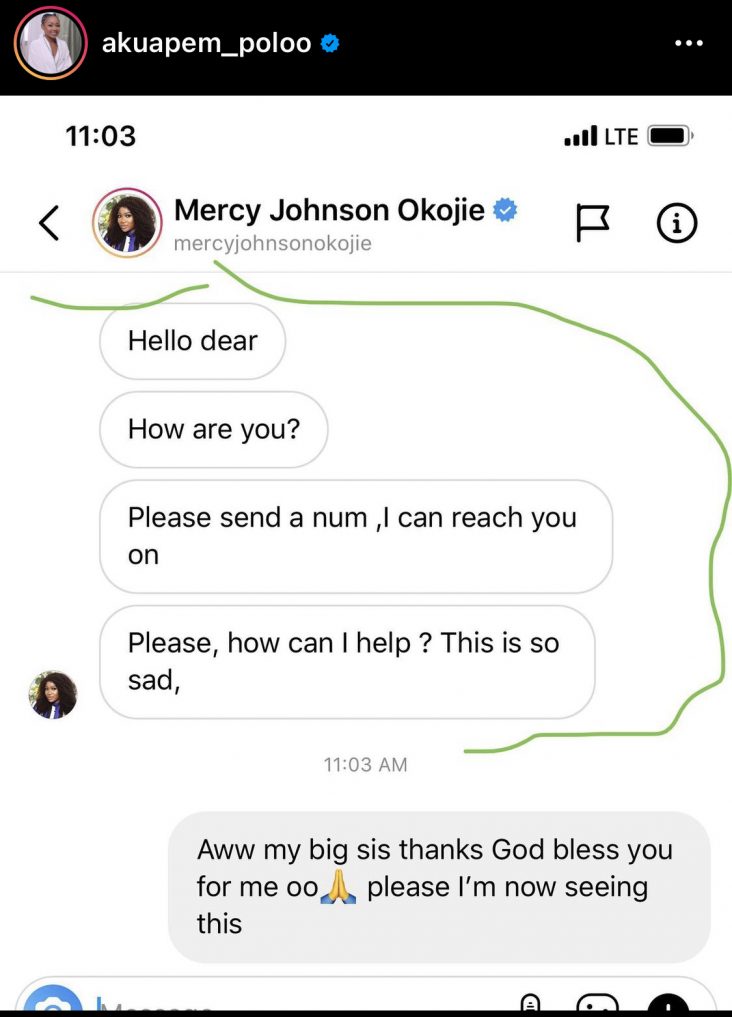 In another screenshot, Nigerian singer, Mr Eazi, had asked Poloo is she already had a lawyer. He also showed interest in changing her legal counsel to a better one. 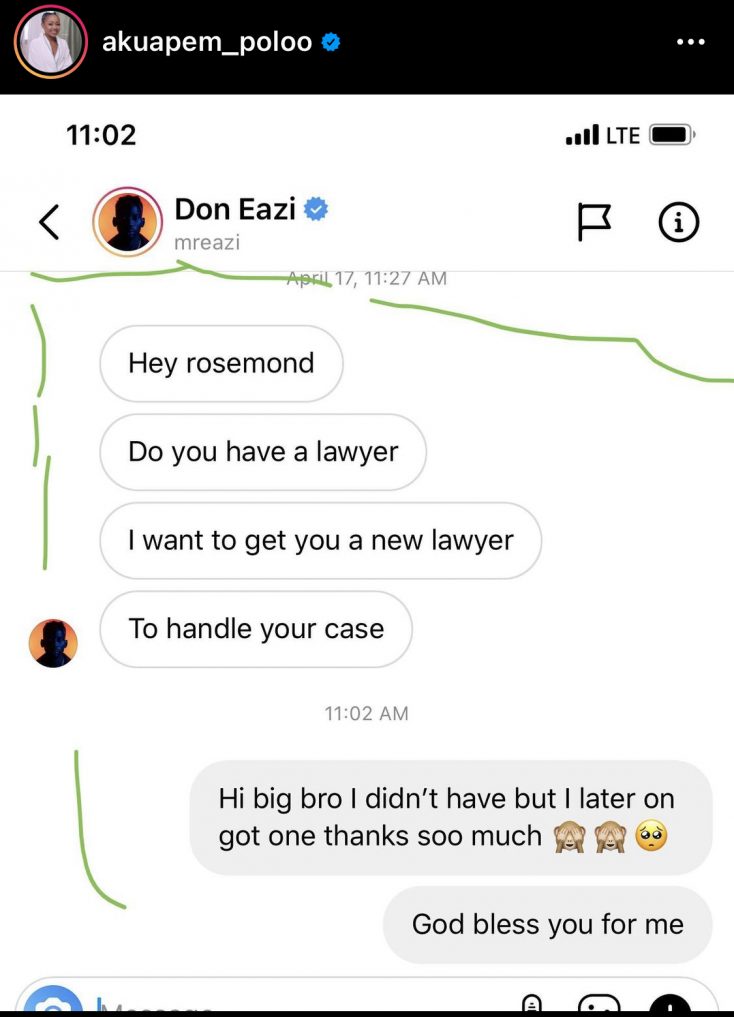 Poloo was obviously touched by their kind gestures and took to her page to appreciate them. According to her, she saw their messages after her release because her phones were taken away. The Ghanaian movie star thanked them for being there for her. In her words: 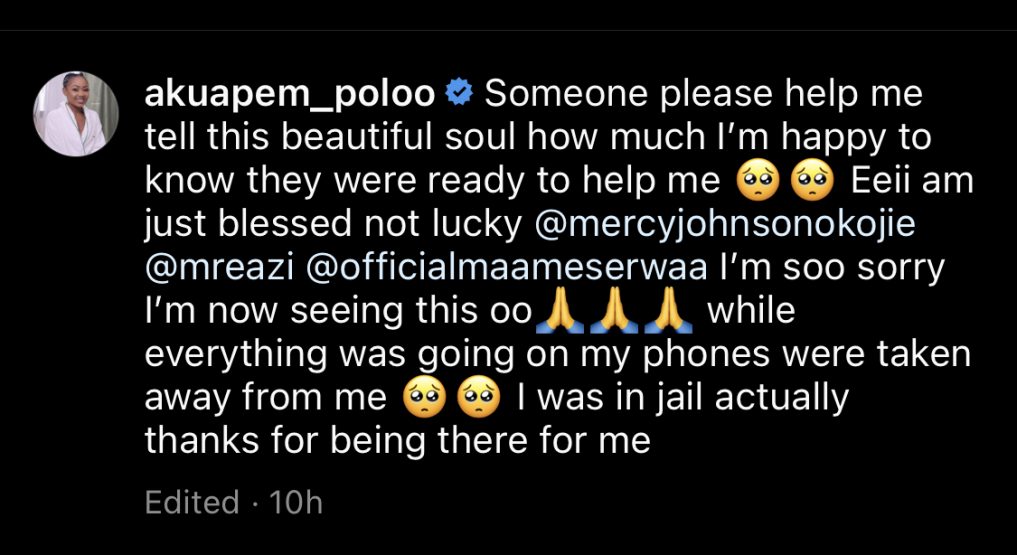 “ I managed him as a form of sacrifice, not ambition”- Burna Boy’s mother Bose Ogulu spills

“I should’ve Been a Mother of 2 by Now”- Nollywood actor, Blossom Chukwujekwu’s ex-wife says