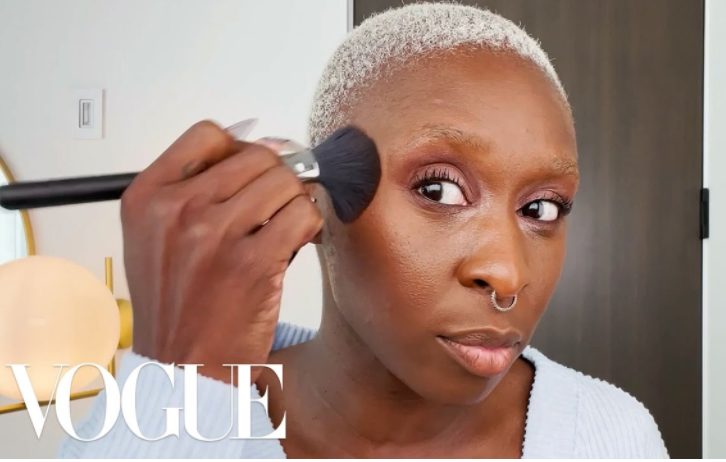 Cynthia Erivo, a Nigerian-British actress, walks viewers through her 50-shades-of-brown makeup regimen in the latest installment of Vogue’s Beauty Secrets.

The “Harriet” actress walked us through her favorite palettes, including a chestnut-colored lip pencil that can also be used as eyeliner.

Watch the video in its entirety below.

She has won multiple awards, including a Daytime Emmy, a Grammy, and a Tony Award, as well as being nominated for two Academy Awards, two Golden Globe Awards, and a Screen Actors Guild Award.

Erivo made her stage debut in The Umbrellas of Cherbourg in 2011. She rose to prominence after playing in the Broadway version of The Color Purple from 2015 to 2017, for which she received a Tony Award for Best Actress in a Musical in 2016 and a Grammy Award for Best Musical Theater Album in 2017.

In 2018, Erivo made her feature debut, starring in the heist flick Widows and the thriller Bad Times at the El Royale. Erivo was nominated for an Academy Award for Best Actress for her depiction of American abolitionist Harriet Tubman in the movie Harriet (2019); she also composed and performed the song “Stand Up” on the soundtrack, which earned her a nod for Best Original Song.