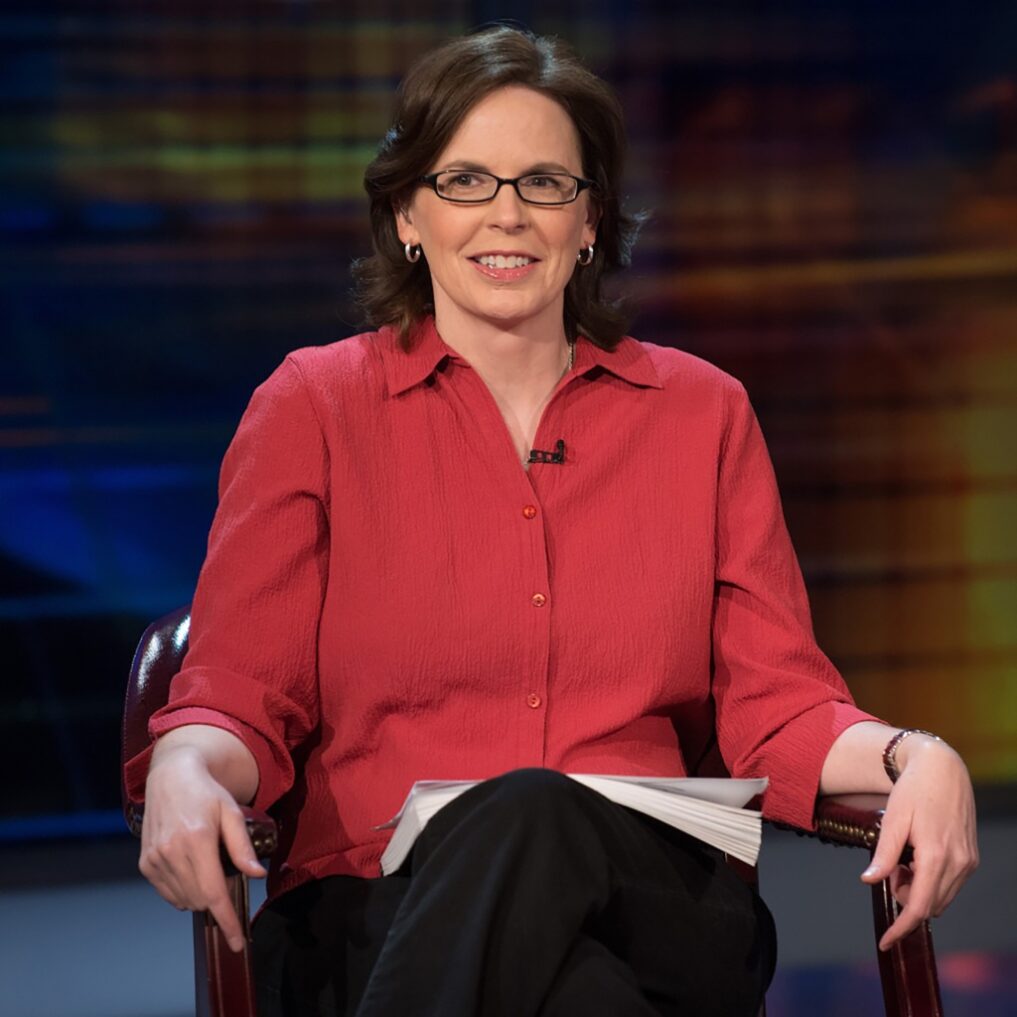 Veteran ESPN reporter Mechelle Voepel has come out as transgender, switching her female identity for a male identity, Glamsquad reports.

Voepel who started covering women’s basketball for ESPN in 1996 before moving on to volleyball took to Twitter on Tuesday, 9th August to make the announcement. She said will now go by the name Mike.

She tweeted,
“In sports media, we’re lucky to tell stories of others’ journeys. We have our own, too. Part of mine is being transgender, and I’m transitioning to male.

“I have the great honor of receiving Gowdy Award next month from Naismith Hall of Fame, and wanted to do that as authentic self, hence this announcement now.

“Fear can keep us paralyzed for decades, especially when we think we will lose all that is dear to us, including career…”

She further said that happiness is well worth the pursuit as she expressed thanks to her company and co-workers for their support.

“At some point, you realize you need to have faith that your happiness/well-being is worth pursuing, and also have faith in other people’s kindness and grace. Grateful for a company that supports all of its employees, for terrific family and friends, and for societal progress.”

“I may look and sound a little different. Glad to be who I’ve always been inside,” she added.

“Dedication to covering women’s sports, a lifelong joy as well as job, and admiration for all involved – players, coaches, execs, fans, referees, colleagues – that stays exactly the same. Thanks!” 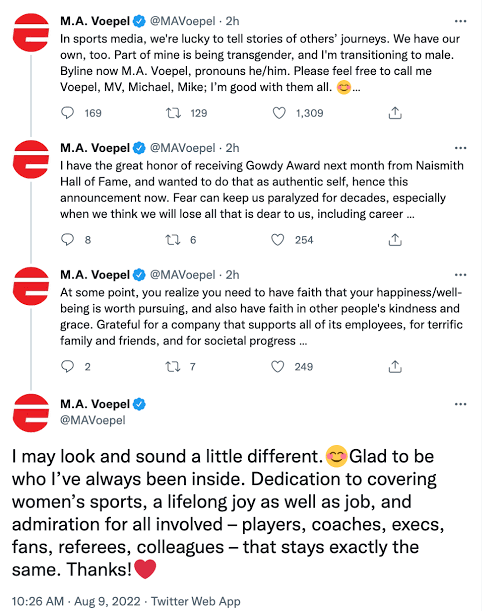 Voepel’s colleagues at ESPN poured out their support for her.

She has not publicly voiced her opinions on biological males participating in women’s sports.

DETAILS EMERGED: 2face Is Expecting Baby No. 8 From Another Woman (Not Annie Idibia)

Reactions As Over 3000 Fans Sign Petition For Organisers To Bring Back Disqualified BBNaija Housemate, Beauty