The concept of “make do and mend” has had a long fashion life. The phrase came in during the Second World War, when Britain’s Ministry of Information encouraged people to become practical and patriotic during times of rationing.

The do-it-yourself movement was revived as a fashion story in the Seventies, first as hippy chic and then with psychedelic rock bands dressing up jeans with tie-dye tops, suede-fringed vests and the rest.

Then there was Punk, the great counter-cultural movement that took over the Seventies and early Eighties with its vintage clothes.

And now Punk is back – not in its depth of rage whipped up by the poor, angry and inventive, but rather by that maestro of creation, John Galliano, whose role as Creative Director at Maison Margiela gets stronger and more striking each season.

In a powerful, but different way, Viktor & Rolf continued to raid their stockrooms, making something new with what they already had. 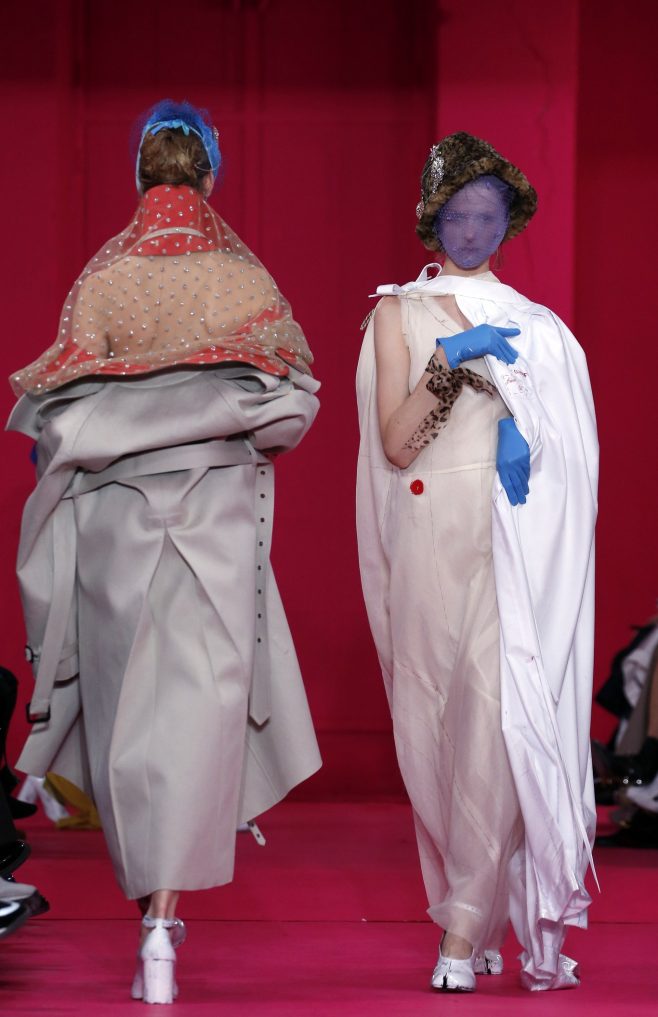 Did Simi Esiri Just Announce Her Divorce From Dr. SID?

We Do Not Like OAP Lolo's Dress on The Red Carpet of 'Small Chops' Movie Premiere?