Tega Dominic, an ex-Big Brother Naija (BBNaija) housemate, drew controversy on social media after posting a ‘bedroom’ video of herself on Instagram.

The Reality actress rushed to her own Instagram page a few hours ago to upload a video of herself showing off her bare behind.

Nigerians, on the other hand, were not thrilled with Tega flaunting her figure on Instagram, and many hurried to the comment area of her post to strongly criticize her.

Check out the reactions below: 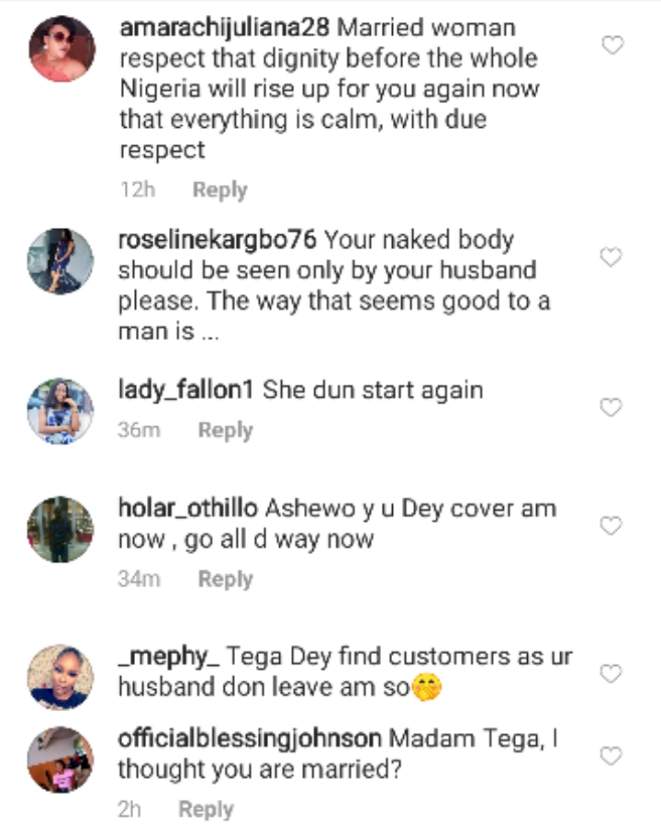 Tega is still in play. The mother of one recently stressed the need of canceling the BBNaija Reunion show for the ex-housemates from the edition in which she participated.

SKINCARE: Why you should use Vitamin C serum on your face