The family of veteran actress, Rachel Oniga, have denied media reports claiming she died from COVID19.

GLAMSQUADMAGAZINE had earlier reported that the veteran thespian had only a few days ago shot some scenes in a movie in Mowe Ogun state, before her demise on Friday night.

In a statement released by her sister, Deaconess Toyin Odusote, the family said the actress died from a heart-related ailment that she battled within a short period of time.

Read the statement below 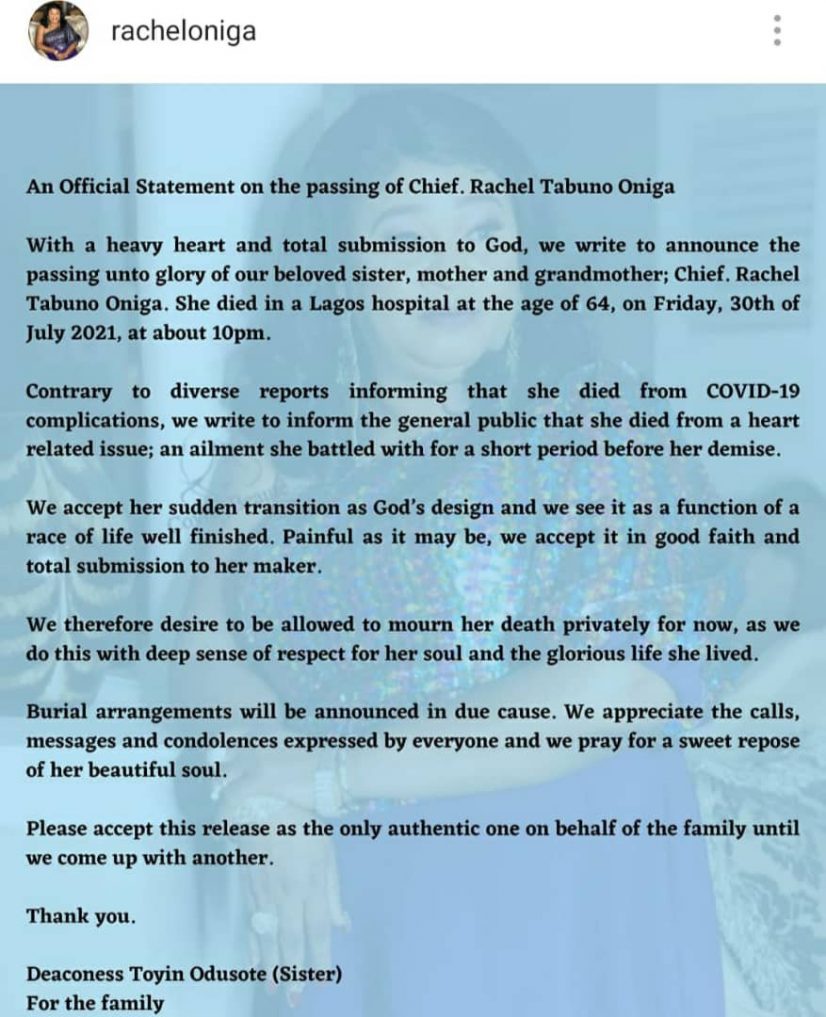 Oniga was born in Ebutte Metta, Lagos State and began her acting career in 1993. She worked briefly at Ascoline Nigeria Limited, a Dutch Consultant Company before her first movie titled Onome. She was a grandmother who was divorced from her husband 19 years ago.

We Love Malaan Ajang, The Sudanese Model With Fabulous Lips