Husband of Nollywood actress, Funke Akindele, JJC Skillz has finally broken silence on the alleged rumors of problem in paradise.

Glamsquad Magazine had earlier reported on the news of the couples getting into a fight over a huge amount of money which JJC Skillz had squandered without the consent of his wife, Funke which lead to him leaving the house.

Breaking his silence on their alleged marital woes, JJC Skillz assured his wife that their union was intact.

He admitted that though London is cool, he misses his wife and kids.

JJC Skillz told her to have lots of fun with kids as he hopes to see her soon.

He told her to wave everyone rumours and not let anyone spoil her vibes.

“The only rock I know that stays steady and the only institution I know that works is the FAMILY. London is cool but I’m missing home @funkejenifaakindele my love. Have loads of fun with the children. See you soon at home. Don’t let anyone spoil your vibes”.

He went on to use the hastags, the devil is a liar, chiness whispers and Bello’s forever.

Funke Akindele took to his comment section to reveal that she misses him also.

She also appreciated him for the message.

“Darling. Thank you. We miss you too 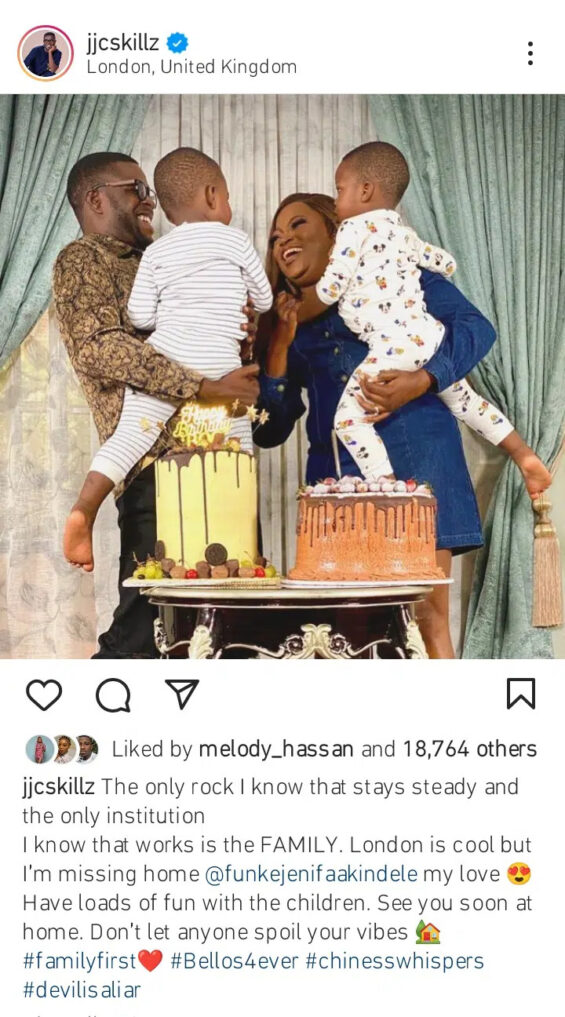 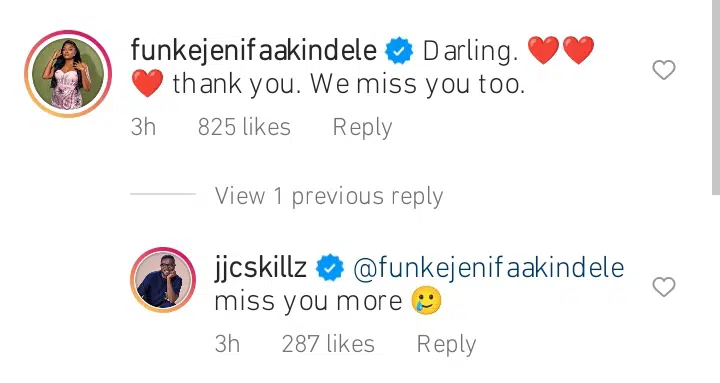 GIST: new video shows that Ebele Obiano lied in her statement about what led to the Bianca Ojukwu 'slap'