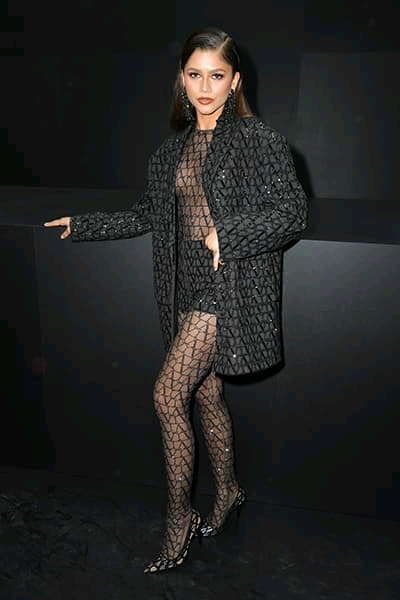 The just concluded Valentino Fashion Show which was displayed in Rome had a lot of A-list celebrities in attendance. 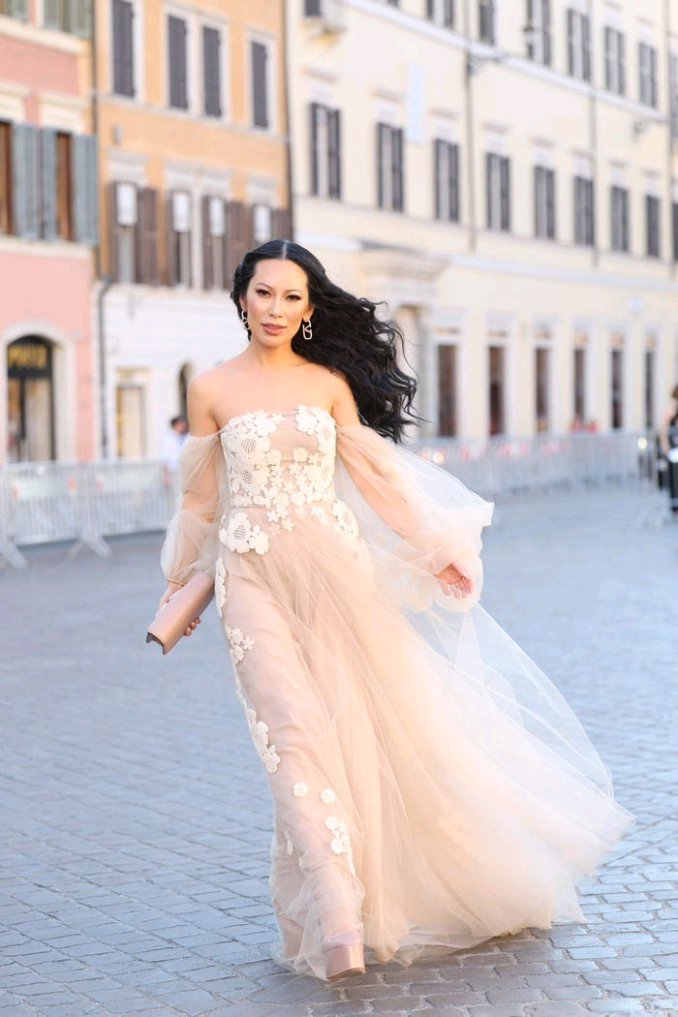 The reality TV star wore a bridal inspired gown to the Valentino show which goes really well with her skin tone. 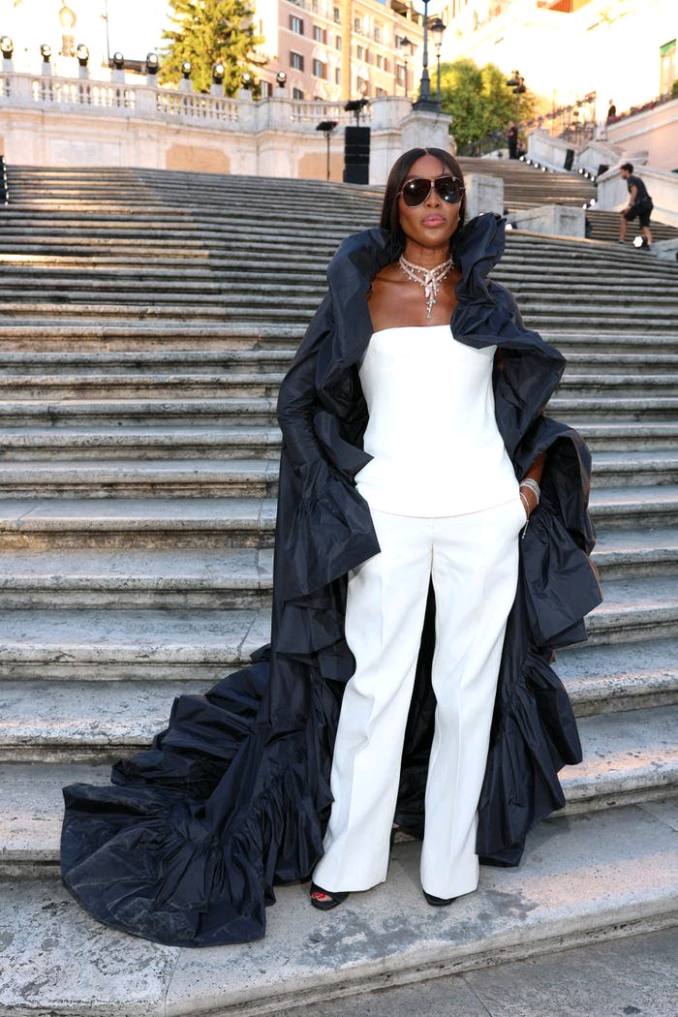 Naomi Campbell attended the Valentino Fashion Show in Rome wearing a white strapless top with a well tailored pants which was covered in with a ruffled floor length coat. 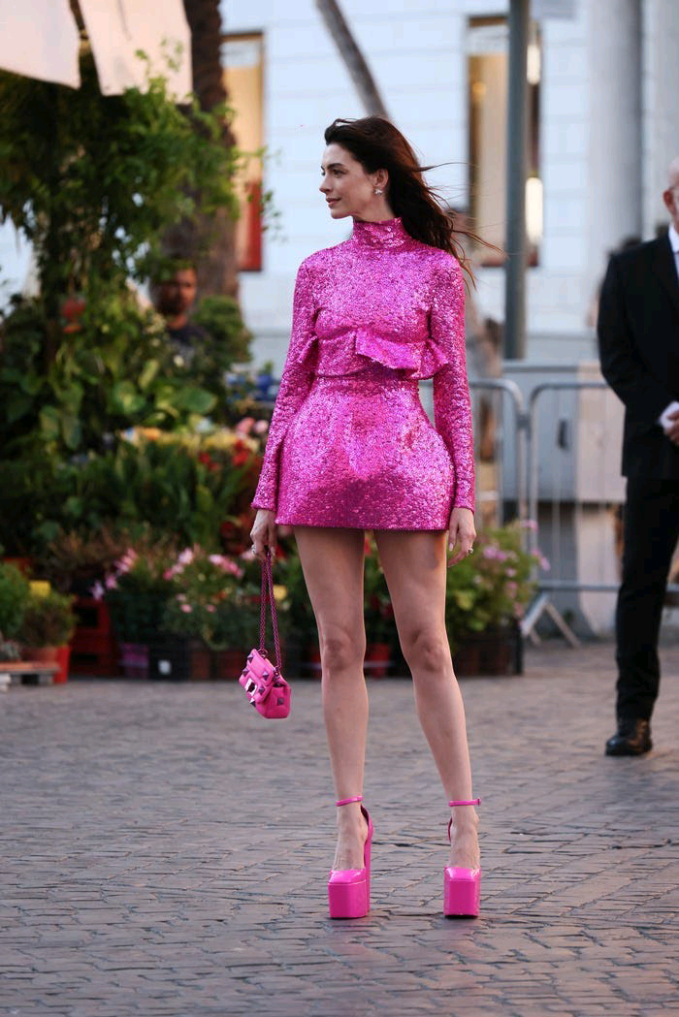 Anne Hathaway showed up at the event looking like a million dollars with Valentino’s signature hot pink dress. The minidress gave way to her hot legs which was complimented with a strappy tower heel sandals. 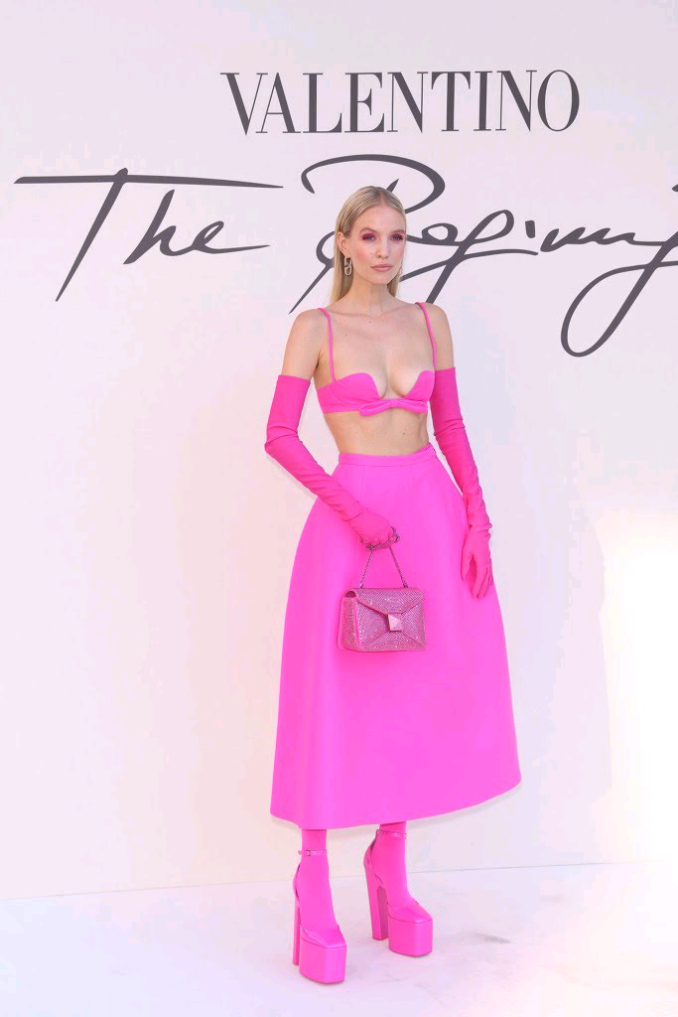 The German fashion influencers pulled up to the couture fashion show in a hot pink bra which was accompanied with a pink domed skirt, pink opera gloves and a platform pink heels.

The ‘Euphoria’ star has a long history with the Italian fashion house as she featured in it’s ‘Pink PP’ fall 2022 campaign earlier this year alongside F1 driver, Lewis Hamilton.

The actress wore a sheer bodystocking emblazoned with the house’s Toile iconography logo, layered under a black tailored short. She donned an oversized blazer which gave her a chic look 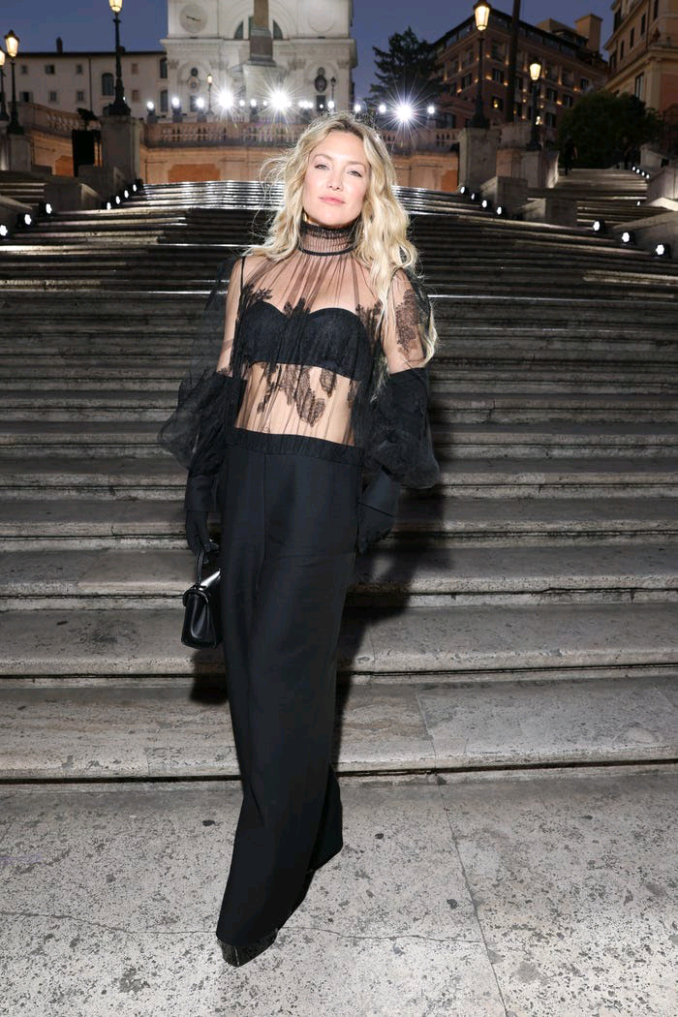 Pulling up in an all black; a well tailored black pants, a black bra below a sheer laced top with puff sleeves and high neck. To spice the whole look up, she added a black high length gloves.