The founder of Penthauz Records, Runtown was born with the name of Douglas Jack Agu on 19 August 1989 in Enugu State, Nigeria, is this the future husband of Akech?

He is known for his diverse musical mix of reggae, rap, R&B and hip hop and he is currently studying towards a Degree in Fashion Management in New York.

The handsome Nigerian producer, singer and songwriter who is currently signed to Eric-Manny Entertainment has definitely brought a change to the Nigerian entertainment scene with having worked with prominent names in the industry. 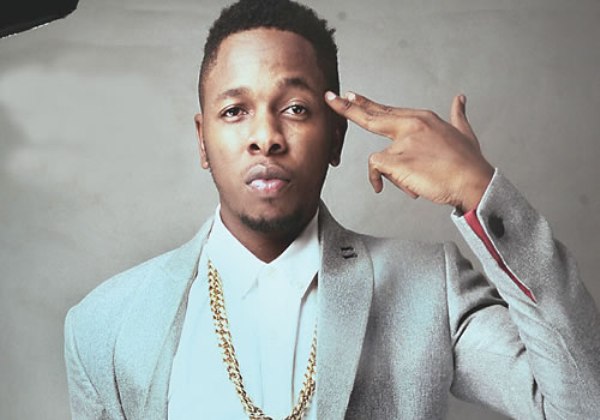 Here are 10 things you probably didn’t know about the Nigerian singer-songwriter and producer, Runtown:

1. Runtown was born with the name of Douglas Jack Agu on 19 August 1989 in Enugu State, Nigeria.

3. He is currently studying towards a Degree in Fashion Management at a fashion school in New York.

4. He released his first single titled “Runtown” in 2007, produced by Soge which was well received by many fans.

5. He partnered with Phyno in 2008, to form a record label called “Penthauz Records” and from there he released his first two singles tilted “Party Like its 1980” and “Activity Pikin”.

6. He has collaborated with prominent artists like Wizkid, Davido, Timaya, Phyno, T-Spize, M.I, Skales, J. Martins and WizzyPro to mention a few. He also mentioned in an interview that he acquires his musical inspirations from artist like Bob Marley, Kanye West and Sean Kingston.

7. He later signed a multi-million naira contract with Eric-Manny Entertainment founded by Prince Okwudili Umenyiora, the CEO of Dilly Motors and from there he released two popular tracks “Successful” and “Domot” which was well received and frequently airplay.

8. He was featured on the Jamaican-American singer, Laza Morgan song titled “High on You” which topped many Caribbean music charts.

9. He collaborated with Davido on the song “Gallardo” which won the Best Collaboration of the Year award at the 2014 Nigeria Entertainment Awards.

Only time will tell if Runtown and Akech will end up as husband and wife.

Watch Trailer For Beyonce’s ‘BLACK IS KING’; And See Africans Involved With The Movie

5 Things We Bet You Didn't Know About Adut Akech!