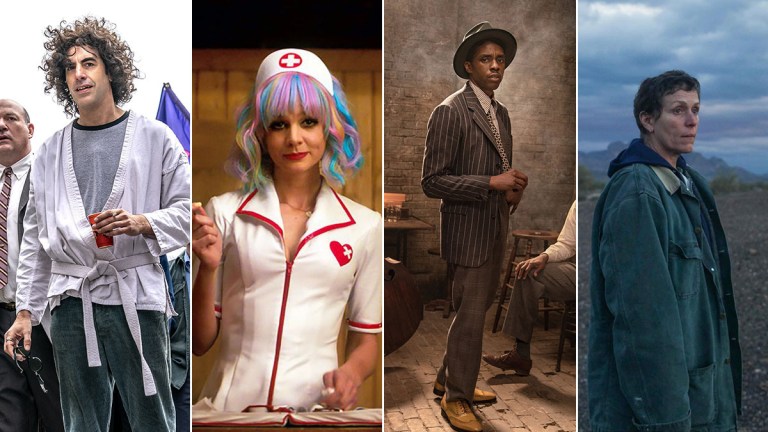 The Oscars Awards is here again…

See all of the nominations for the 2021 Academy Awards, below.

It was only 10 February 2020 when Bong Joon-ho’s Parasite swept the 2020 Oscars, but that historic awards ceremony – with its packed crowds and public displays of affection – now seems like a relic from a bygone age.

What will the first Academy Awards of the post-pandemic era look like, as the film industry struggles to get back on its feet? We round up all the details we know so far.

When will the Oscars 2021 take place?

Originally scheduled for 28 February 2021, the 93rd Academy Awards ceremony has since been postponed to 25 April 2021.

The move will result in a temporary change to the Oscars’s eligibility period, meaning the standard 31 December deadline will be extended to 28 February. Films released up to that point will qualify for awards recognition.

“For more than a century, movies have played an important role in comforting, inspiring and entertaining us during the darkest of times,” said Academy president David Rubin and Academy CEO Dawn Hudson in a joint statement.

“They certainly have this year. Our hope, in extending the eligibility period and our awards date, is to provide the flexibility filmmakers need to finish and release their films without being penalised for something beyond anyone’s control.”

When were the nominations for the Oscars 2021 announced?

The Oscar nominations were announced on 15 March 2021 by Priyanka Chopra Jonas and Nick Jonas.

Where will the Oscars 2021 take place?

The 2021 Oscars ceremony will take place at the Dolby Theatre in Hollywood.

Due to be broadcast on the ABC TV network in the US, as well as in more than 225 countries and territories worldwide, the 2021 Oscars ceremony will likely be a more pared-back affair than usual, but it will definitely go ahead – and, critically, be filmed live.

“The Oscars in-person telecast will happen,” a representative for the Academy confirmed to Variety in December, contradicting reports that the Oscars would take a similar format to the Emmys.