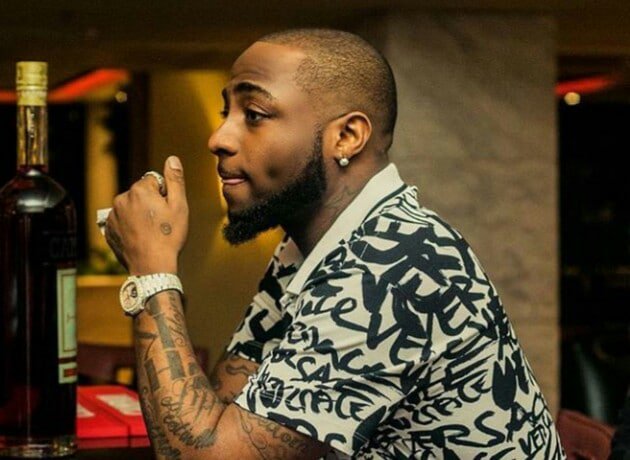 Popular Nigerian Musician, Davido has come under attack on social media over his reaction to the backlash Naira Marley is receiving for justifying ‘Yahoo boys’.

Marley had during an Instagram live session urged Nigerians to pray for Yahoo boys, claiming that they were the reason money is in circulation in Nigeria.

The ‘Japa crooner had earlier before the live session on his Instagram said “If you know about slavery, you go know sey Yahoo no be crime.”

Some Nigerians in reaction kicked against such comments from a popular musician, describing it as misleading.

The ‘If crooner has since stirred reactions from Nigerians.

Here are some comments gathered by Glamsquad from Twitter:

@Flosode “Davido or The Marley guy won’t say the same things about yahoo if they or their parents were the victims of yahoo.”

@Ibitoye_Phillipo “Many won’t agree but religion is one of our biggest problems in Nigeria. The way we practice it. Davido’s pathetic “Nobody holy pass” comment on Naira Marley’s post glorifying fraud is a perfect example. We put religion ahead of simple morals.If morals were a priority, there would be no stupid talks of ‘holiness’ in such situations, it would just be purely about what is right and what is wrong.”

@RoyalPriest1 “In a country where things works, people like the so called Naira Marley, Davido etc would have been on watch list but EFCC is as guilty and impotent.”

@Ologunkutere “Davido, spitting his usual stupidity, high bred class stupidity at that! Zlatan and Naira Marley displaying the low life mentality that have being their hallmarks. Big reminder that music and sense doesn’t equate!

@AyoShonaiya “I don’t understand this “no one is holy” reference. Is that what people say to themselves when they commit crimes.Committing a crime is down to you and you only. Has nothing to do with whether nobody is holy.”

@Sheddy_Osas “It’s clear that those who benefits from yahoo money are I’m full support of what Naira Marley said. Nobody is holy like Davido said but I don’t think coming out to say yahoo no be crime is right.”

@KoloJesse “I know it doesn’t matter but I am deleting every Davido, Naira Marley and Zlatan’s music in every platform I have them on! I don’t support “Yahoo yahoo”, listening to them means I do!

Glamsquad 10 Most Interesting Celebrity Styles From This Past Weekend

What fans did for Bambam on birthday