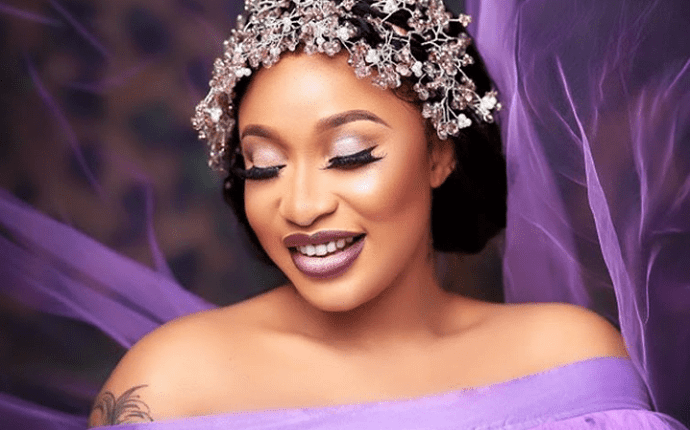 A controversial Nigerian prophetess has alleged that popular actress, Tonto Dikeh, isn’t a human being.

The Prophetess who is known for condemning everything and everyone that comes her way claimed that by birth, the mother of one isn’t a human being as she has gone far.

“Tonto Dikeh has gone far. By birth she is not even a human being. I pity guys who sleep with her” She said while preaching to her congregation.

Watch the now viral video below:

Reacting to the video, one Fortune Immaculate commented, “This is defamatory and I hope the people in this church can produce a lawyer when she gets sued.
See them listening. Ndi mgbu.”

Another social media user commented, “Shey u wanna see Crazy ? I trust Tonto…she go come for you …I know say last last u go talk the one wey go put you for trouble, Tonto go locate u..she carry crase for head , u go know say she no be human being..no worry”

One Ini Umoh wrote, “What’s the meaning of this rubbish, why don’t you preach and stop calling people out. What is your business, is this part of the gospel .”

Justice For Sylvester Oromoni's Death: List Of Nigerian Celebrities Who Used Their Platform To Support The Movement