The social media follower had asked the young mum why she didn’t give her daughter, BBNaija’s Angel good home training.

The statement was made by a follower during Titi’s Instagram question and answer session.

Angel’s mother, who called the individual who made the statement a “perfect human,” said that the social media user should stop criticizing and start raising their own kids as soon as they are born.

See the exchange below: 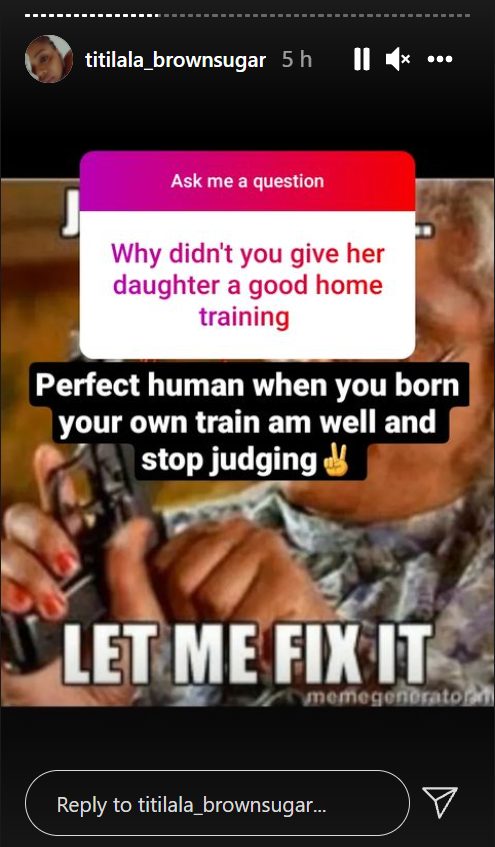 Meanwhile, Angel has confirmed reports that she showered with the male housemates while in the Big Brother house.

Speaking on why she had her bath in the same bathroom with the guy in an interview with Toke, the 21-year-old noted that prior to the show they were told that the bathroom was a communal bathroom.

She added that while the other ladies were shy to shower with the guys, she on the other hand she had her bath with the guys because she’s comfortable in her body and doesn’t ascribe her value to her body.

Tragedy as bride-to-be dies 3 days to her wedding

0
Ifeanyichukwu Ngere October 7, 2021
No Comments Yet