During the pandemic, Ayse, 26, and Darrin, 24, met online after Ayse joined a Facebook group aimed at matching up pen pals from all around the world.

She started talking to a woman named Kenda, 56, who claimed her son Darrin was the same age as her and that despite being stationed in Detroit, he would love to communicate to someone from the UK. 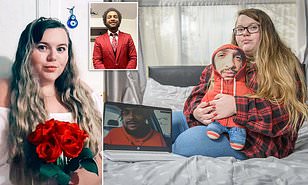 Despite the distance between them, their love blossomed. In July 2020, the two started speaking as friends and were soon ‘virtually’ inseparable, calling each other every night, despite the five-hour time difference.

Darrin brings out a playful and flirty side of Ayse that she hasn’t seen before, despite the fact that she isn’t a flirty person.

We’d be on a video call and just be speaking when we fell asleep, and when I awoke, he was still sleeping.

Ayse in a bridal gown with a bouquet of roses on her wedding day. The pupil expresses her desire to meet her husband in person for the first time. 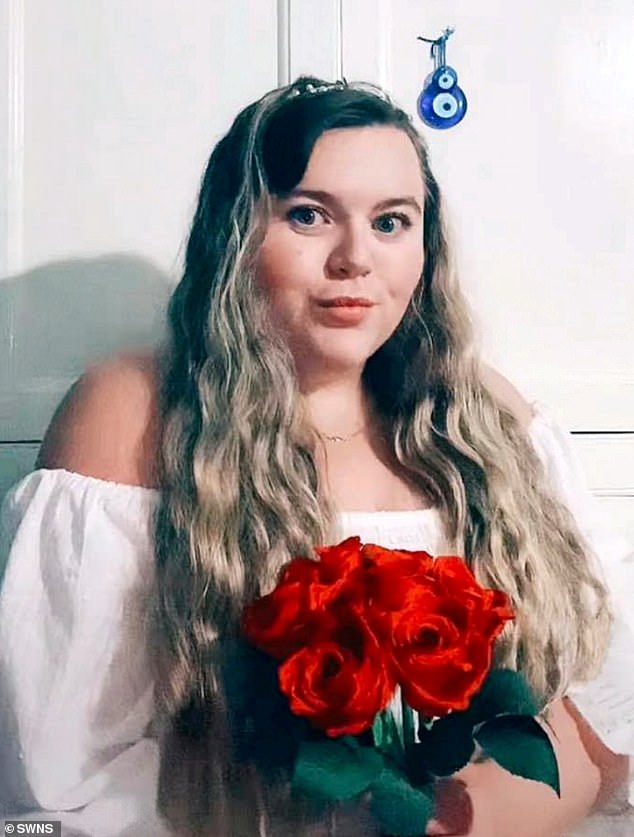 Ayse in a bridal gown with a bouquet of roses on her wedding day. The pupil expresses her desire to meet her husband in person for the first time.

The couple proceeded to have weekly video date nights, ordering takeout food and treats for each other as a surprise each week, and Darrin stunned Ayse even more by proposing on May 21, 2021.

Knowing they’d have to wait a long time to meet for the first time, the couple took the risk of being married over Zoom in a legal ceremony officiated in Utah.

Ayse and Darrin married on August 19th, with the help of a small group of friends and family who joined them through video call.

Darrin on his wedding day: the couple describes themselves as “best friends” who can’t wait to marry.

Darrin on his wedding day: the couple describes themselves as “best friends” who can’t wait to marry.

They have yet to meet in person, but talk on the phone many times a day and are impatiently awaiting Ayse’s visa application to be approved so they may fully enjoy life as a married couple.

‘I never believed this would happen to me in a million years,’ said Ayse, a cleaner from Lancaster, Lancs.

When we first started talking last year, I don’t think anyone expected this.

‘But we’re married, and everything is legal and formal – I can’t believe it.’

Over zoom, Ayse and Darrin show off their wedding rings; the two met as pen friends after Darrin’s mother thought they may get along.

READ ALSO: How to Fix It When a Zoom Microphone Is Not Working
It’s been difficult not being able to meet properly, but we’ll be stronger in the long run because we’ve had to go through so much to be together.

‘We simply adore each other.’

Glam Look Of The Day: Erica Slays In A Black Short Dress