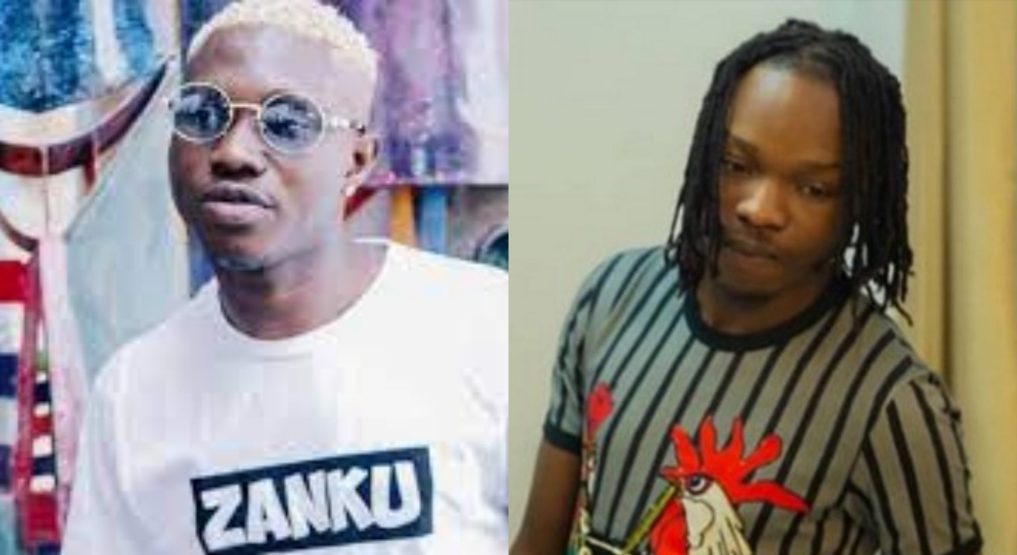 Nigerian celebrity singers, Zlatan Ibile and Naira Marley reportedly got into a messy fight during Christmas.

According to reports, Zlatan beat up Naira Marley mercilessly.

Cutie Juls, an Instagram gossip writer, made this surprising disclosure.

Naira Marley, according to Cutie juls, allegedly caused the two to have a disagreement.

Their squabble escalated into a physical altercation, with Zlatan Ibile allegedly giving Naira Marley the beating of his life.

Zlatan Ibile is said to have broken into Naira Marley’s residence and destroyed her belongings.

Cutie Juls didn’t say what sparked the fight, but she did say that the two reconciled two weeks after trading punches.

See what Cutie Juls wrote below: 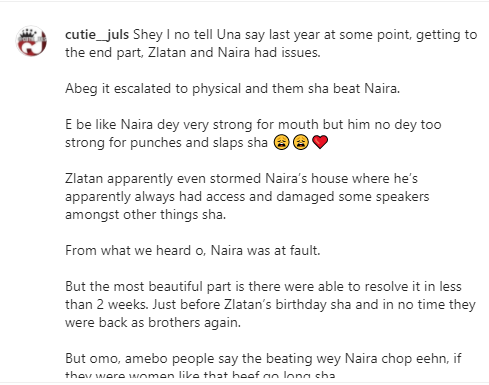