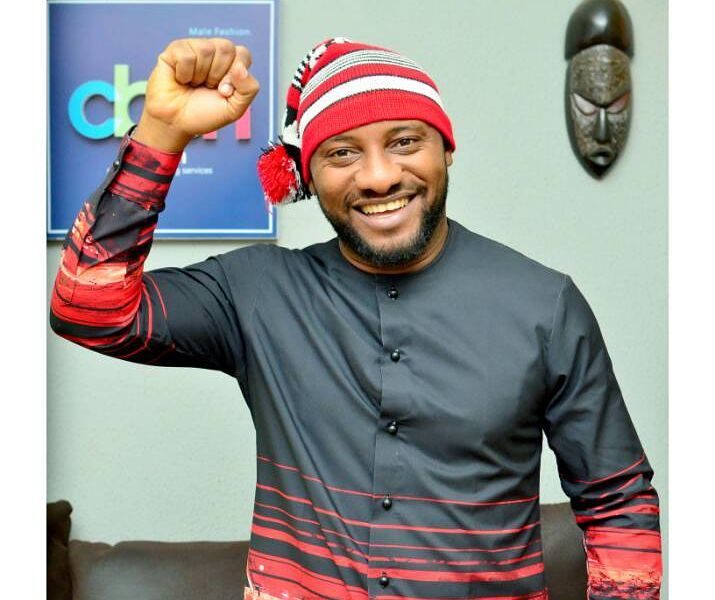 The actor who made his intentions to run for president under the All Progressives Grand Alliance (APGA) has revealed that he will be stepping down.

Yul Edochie took to his verified Twitter page to announce that he will no longer be running for president under the platform of the All Progressives Grand Alliance (APGA).

According to the Actor, after he had had a series of meetings and consultations, he and his party members came to the conclusion that APGA did not have the capacity to win a presidential election at the moment.

Read Also: BBN’s Erica Nlewedim reacts to rumors of her dating a footballer

“I wanted to run for President with APGA. After much consultations & meetings.

“We sat and did our evaluations. We put sentiments aside & embraced facts. Our party is good but does not have the capacity at the moment to win a Presidential seat. So I didn’t move further.” 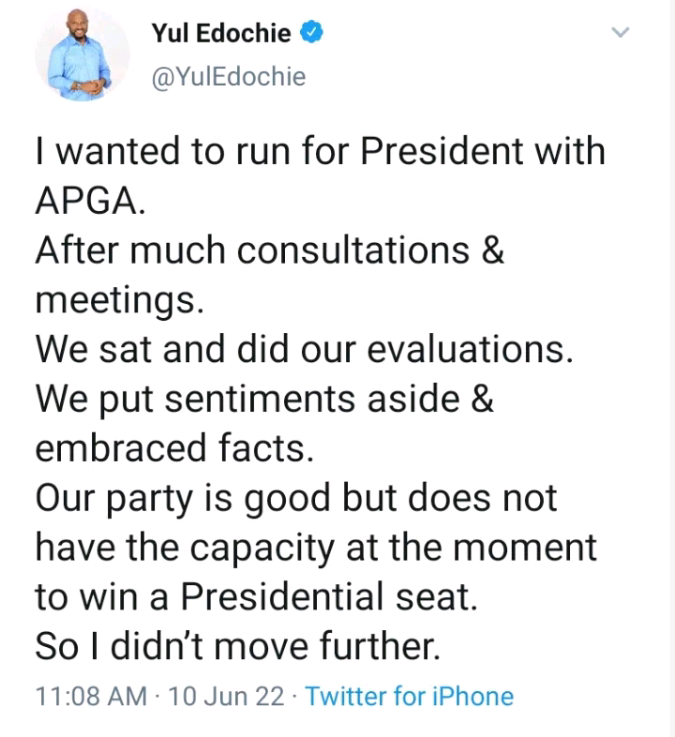 Recall that Yul Edochie took to his social media to count his blessings after he married a second wife.

According to the actor, his second wife saga have actually brought blessings his way as his first wife, May Edochie just got an endorsement deal while his second wife, Judy Austin grew more in her career.

BBN's Erica Nlewedim reacts to rumors of her dating a footballer