The bulk of social networking and video-viewing sites on the internet now use livestreaming. For those who wish to stay in contact with their favorite streamers on a regular basis, there is now an easy way to see if they are currently running a content video.

You may now find out if they are going live by using the TikTok-style feature “Live rings.” If a user’s content is being broadcasted on YouTube, this signal will show. 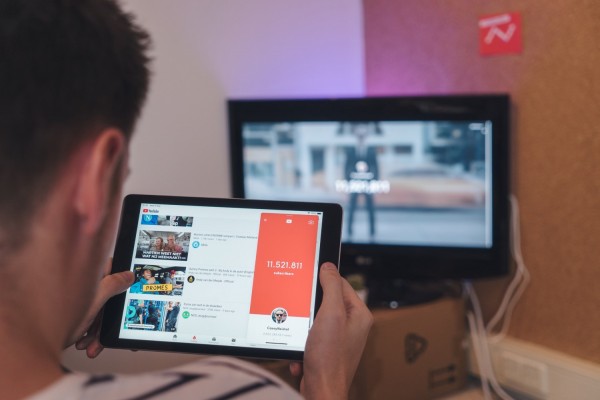 The Verge reported earlier this week that there is a new indication that would alert you if your favorite content producer is streaming material on a channel.

The new YouTube Live rings make it easier to view a user’s red highlight on their profile image, as well as the phrase “LIVE” at the bottom. If you want to quickly access the live stream, simply press it and you will be sent to the content.

In another article, Android Headlines stated that this capability is not new to video-sharing platforms. YouTube appears to have copied this unique function from TikTok, which first launched its own version.

YouTube’s rings appear thicker and have a more “red” glow than TikTok’s rings. Aside from the spiral motion, ByteDance’s video-focused service appears to include a “pulsating” profile image.

Aside from that, the identical rings may strike a bell with Instagram users. This Meta-owned social media platform provides a function for live streaming users that is very similar.

Instead of just red, a multi-color ring flashes on the content providers’ profile photographs. They were visible at the top of the feed.

YouTube Vanced restored the dislike counter for all clips on the platform, according to a similar revelation by the same tech site. We may recall that it chose to eliminate the feature from YouTube in 2021.

People were disappointed to learn about it at the moment. The majority of people were opposed to it being removed, despite the fact that no one asked for it in the first place.

Thanks to YouTube Vanced, it appears that the dislike counter has been restored. Aside from bringing this alternative, you should also consider its ultra-dark mode, ad-blocking, and personalization features.

If you want to become a YouTube content creator, you should read our earlier article about the seven YouTube techniques that can help you get more views.

You may also see the total number of subscribers in your channel in the most recent report. Aside from that, we will show you how to modify the name of your channel on both your mobile phone and your desktop computer.