Seasoned actor, Yul Edochie has dropped a lovely birthday message to his first son with his second wife, Judy Austin as he clocks one. 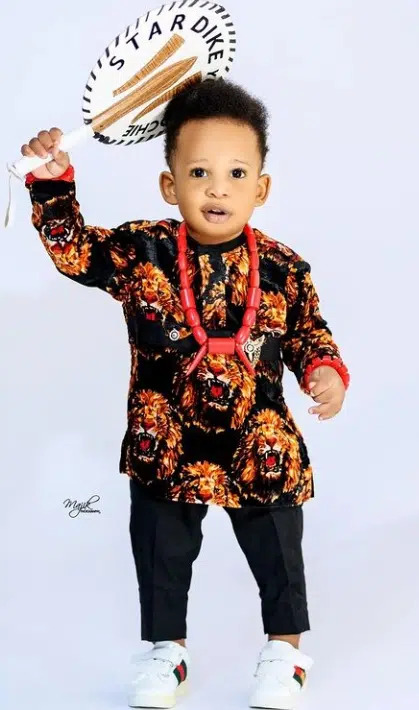 The toddler who clocks one today, June 11 has received prayers from his father.

Yul Edochie prayed for his son to be greater than him. 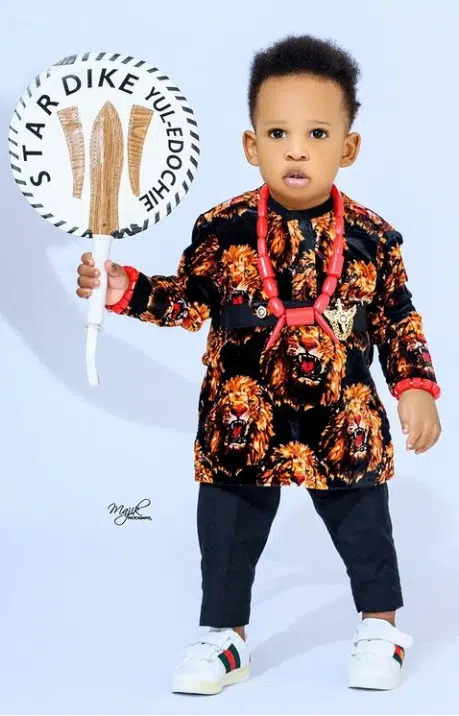 “Happy 1st birthday to the newest member of the Yul Edochie squad, my son @stardikeyuledochie You shall be 10 times greater than your father. May God be with you always. Daddy loves you”. 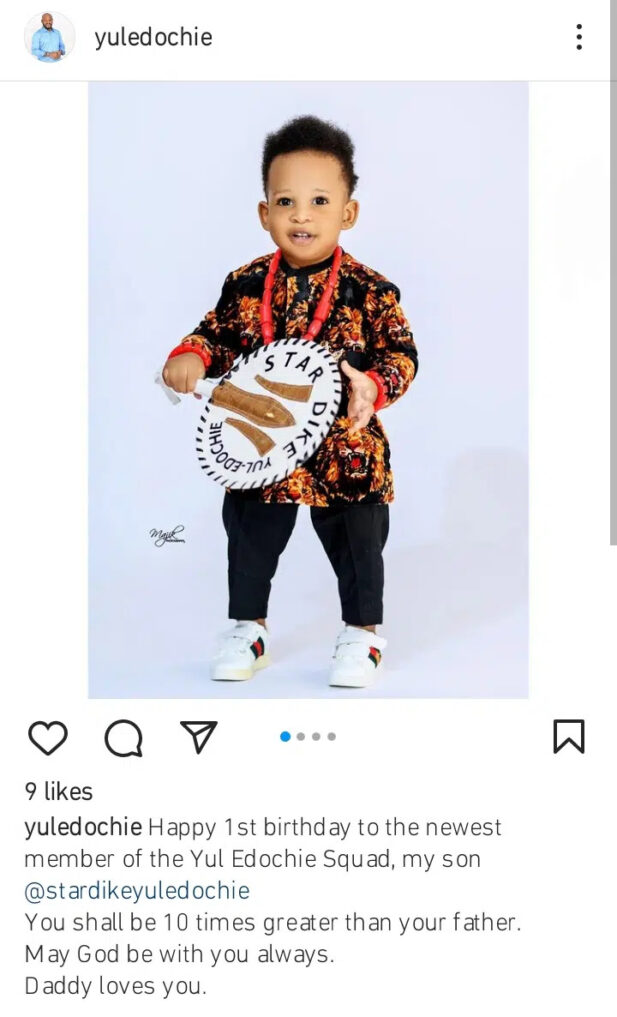 Glamsquad Magazine had earlier reported in April that Yul Edochie revealed his son, Stardike Yul Edochie to the world at the same time revealing that he has a second wife.

Although the news didn’t go down well with a lot of people as many called him an adulterer. 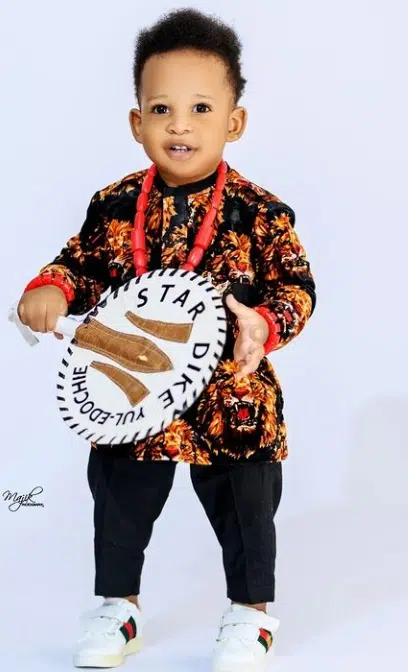 However, Yul told Nigerians to mind their business and focus on the problem at hand which is the country insecurities.