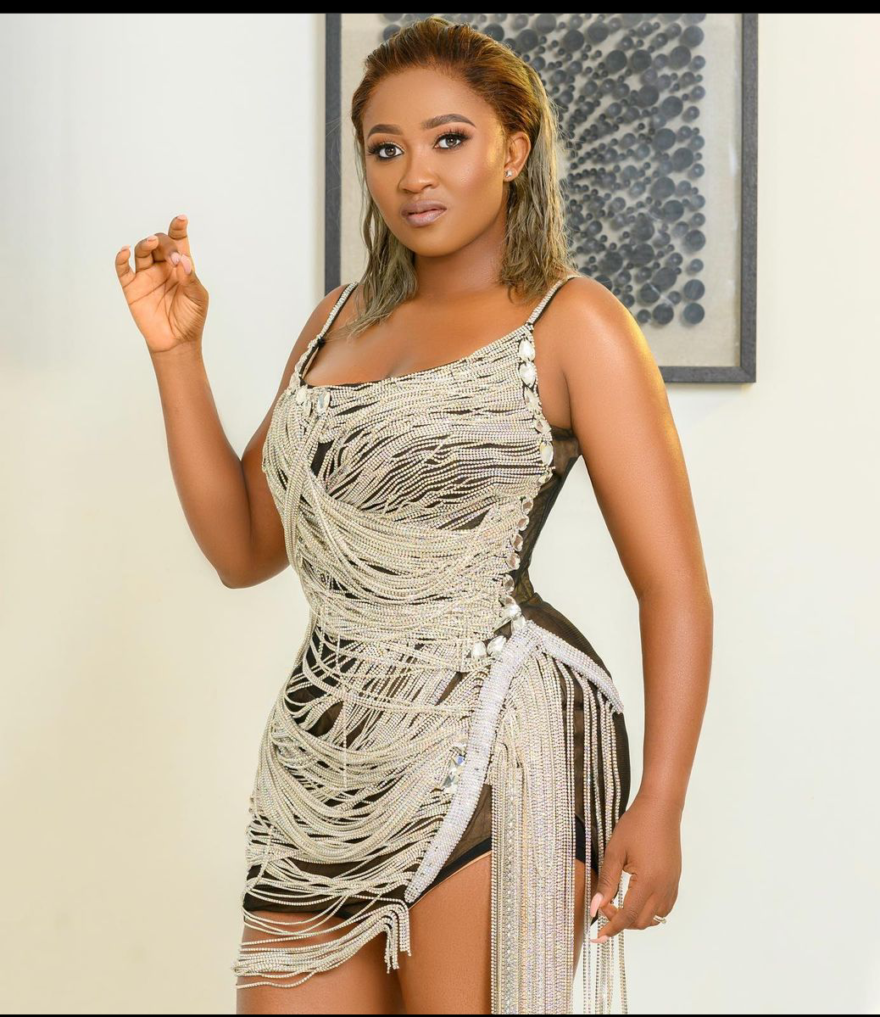 Nollywood actress and film producer, Mary Remmy Njoku has once again issued marital advice to her fans, this time, focusing on men.

In a stern message to men, Njoku noted that men in the 21st century think smart and ambitious women are not good wife materials hence go in for girls they think are dumb. However, not every girl they see as dumb because some only pretend to get what they want and reveal their real self.

She further said smart women prefer smart men but most smart men don’t want smart women therefore, the smart girls are getting what they want by being dumb until they enter the house then they show how smart they are.

“Smart women prefer smart in men but most smart men don’t want smart women. So the smart girls are getting what they want by being dumb. Until they enter HOUSE.

“Oga, not all dumb girls are dumb. The real ‘Wife Material’ is smart and ambitious! I guess you have to be smart to know that. Its 2022!!!” 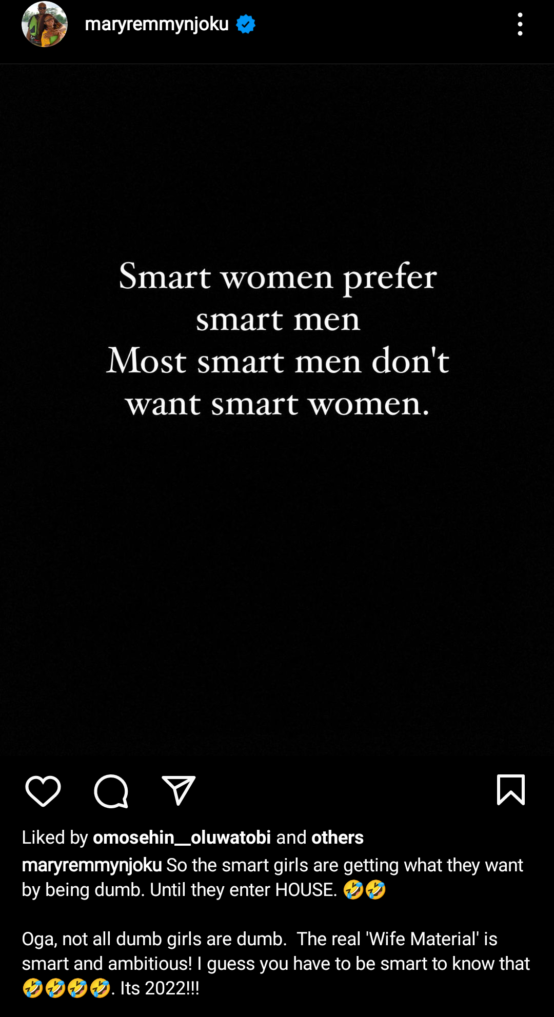 Reacting to her advice, some of her fans agreed with her while some noted that she has turned herself into a marriage counsellor because she celebrated her 10th wedding anniversary. See reactions below. 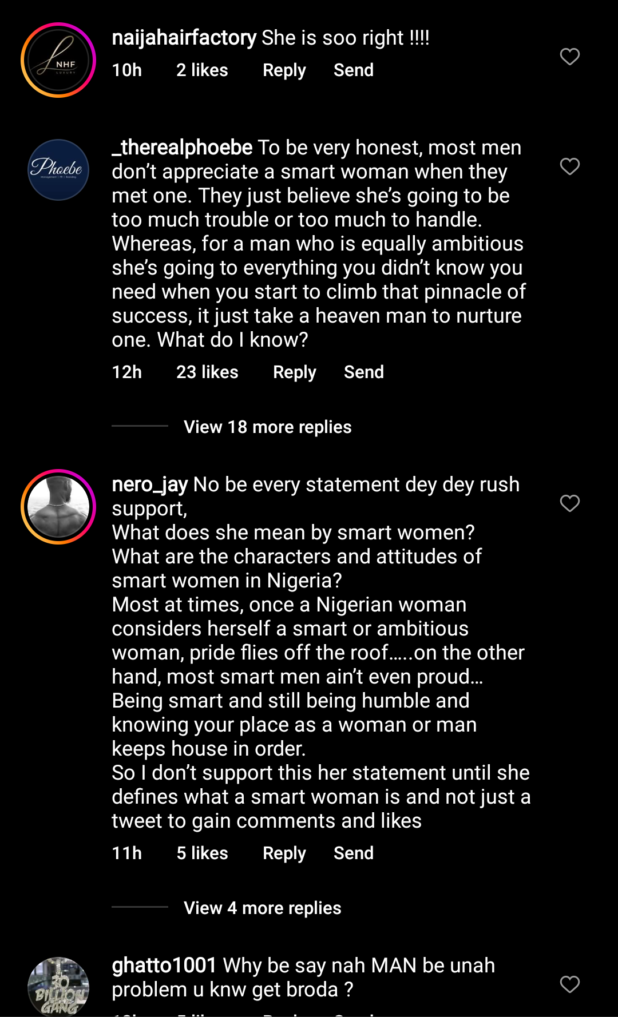 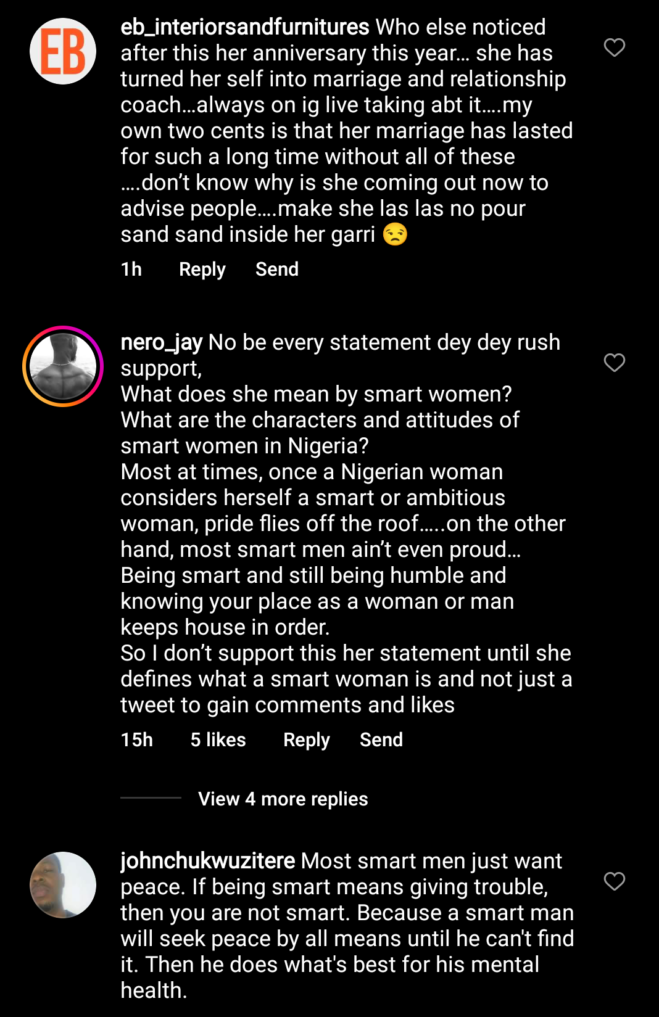 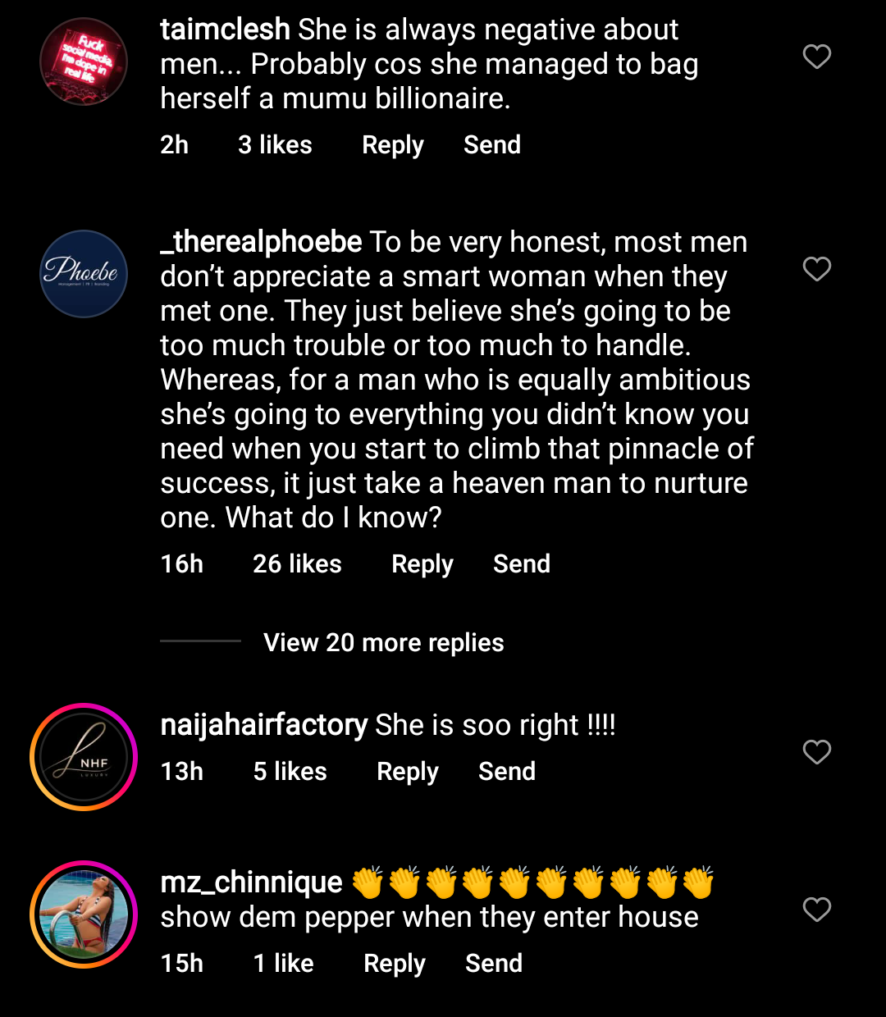 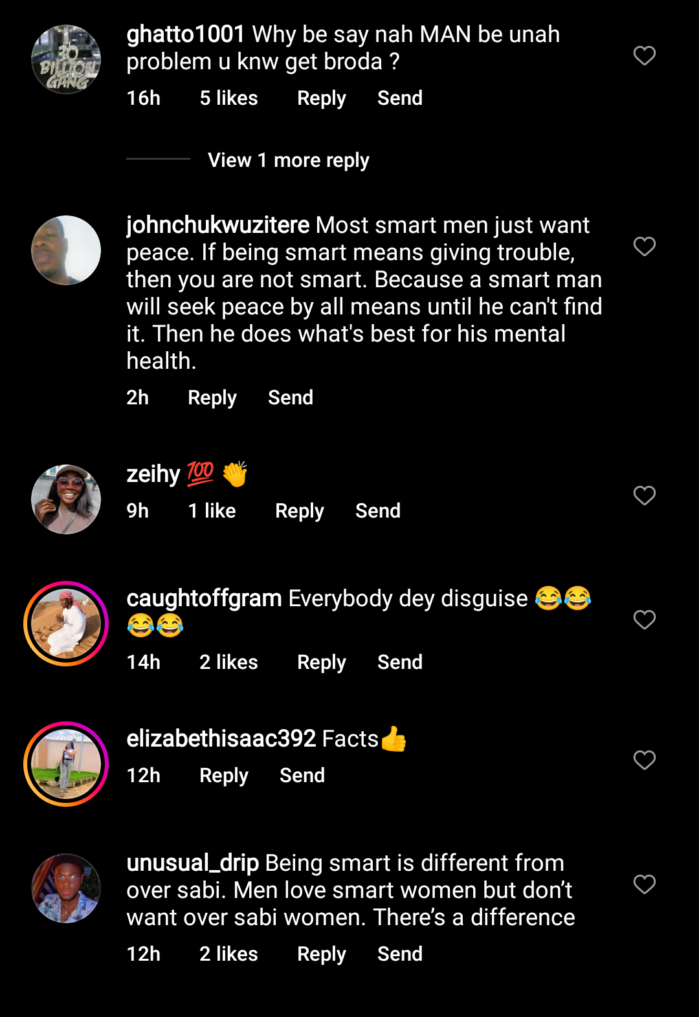 "Talk to God about your problems, not your friends" - Comedian Nedu Wazobia dishes advice