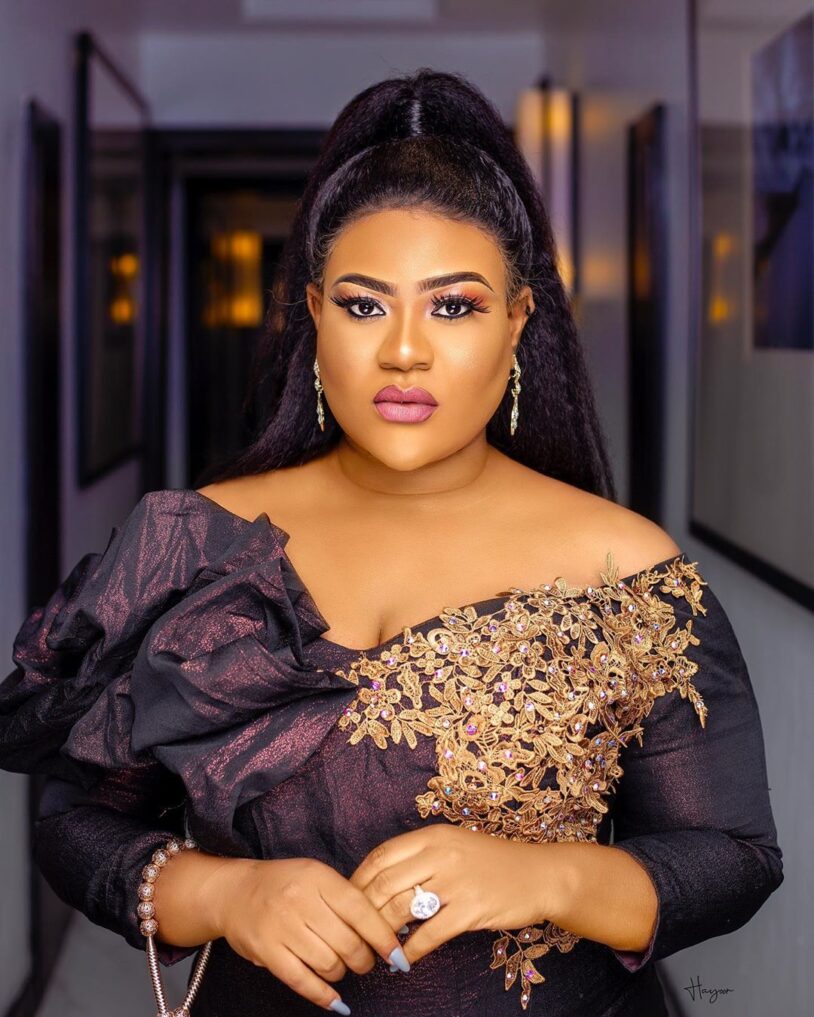 It is recalled that the late Mrs Gloria Sunday passed away a few days before our birthday. Nkechi Blessing revealed that on her mother’s one-year remembrance, she took to the streets to feed the less privileged and had quiet and prayer.

See her posts below, 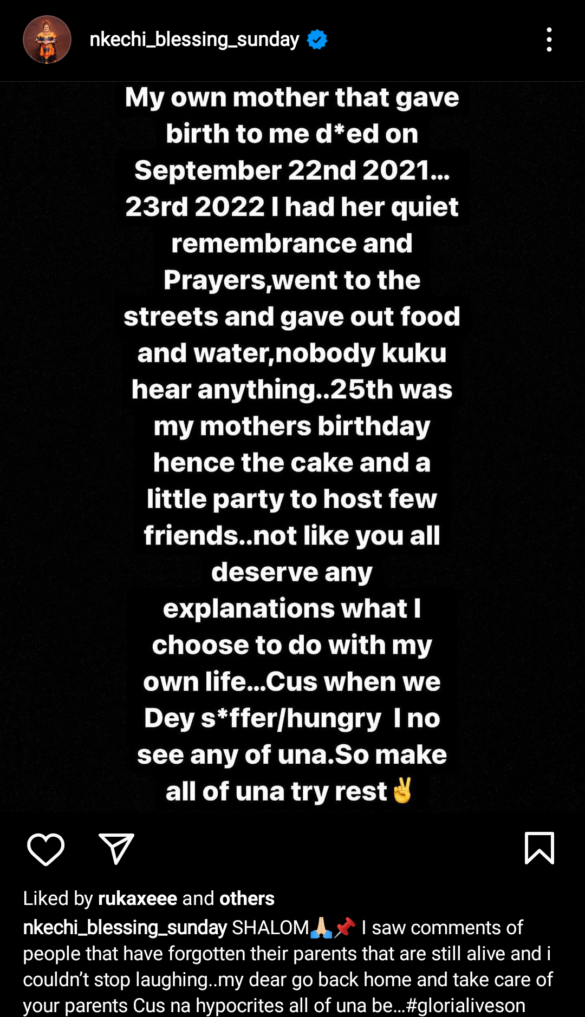 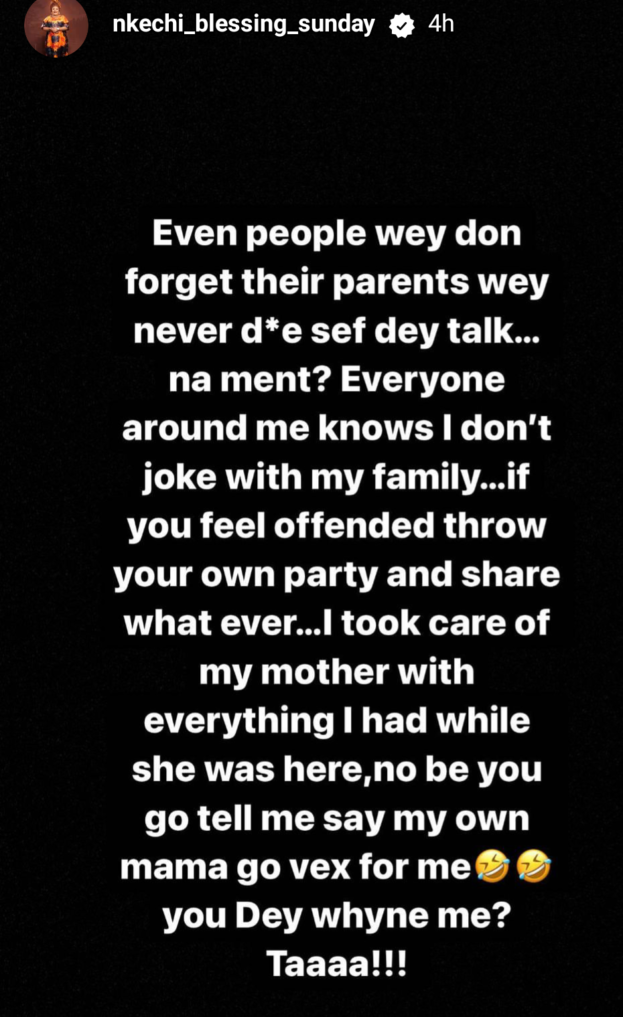 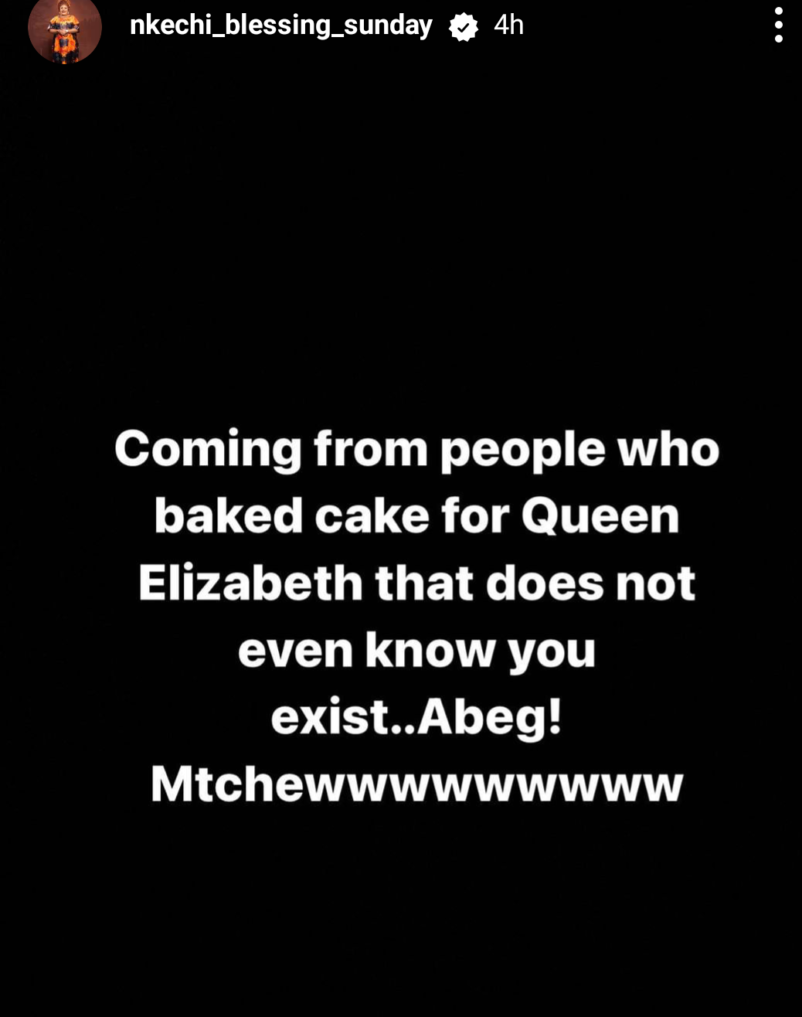 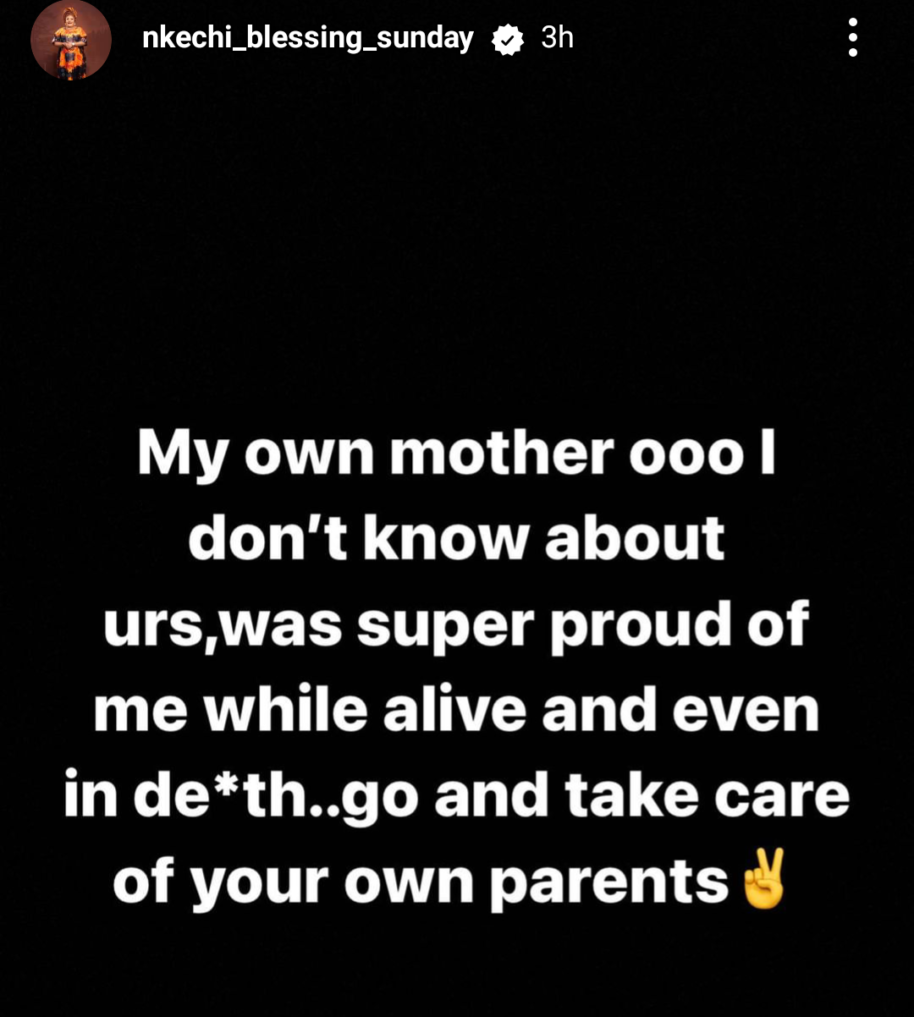 Lady calls out socialite Sophia Egbeuje, accuses her of being her husband’s side chick